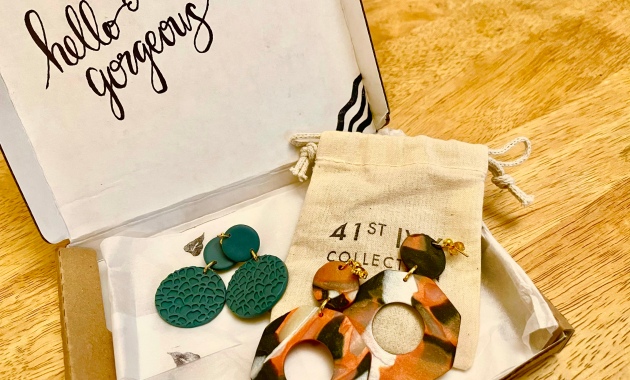 4 Local Businesses You Can Support this Gift-Giving Season

Can’t believe it’s December already. This year has been crazy to say the least. But now, here we are, at the home stretch of 2020, and Christmas eve is exactly […]

The Scariest Corn Maze in Canada is Back at Maan Farms

The Maan Farms Corn Maze is one of my favourite Halloween traditions in the Lower Mainland and I am so glad that it’s back! The maze changes each time and […]

Music, good food and romance can be found in Abbotsford

Abbotsford BC is sometimes known as The City in the Country – close enough to Vancouver, but far enough away to enjoy the vast farm fields and proximity to nature. […]

Go Blue with BC Blueberries this Summer and Win Big!

BC Blueberries are not only tasty, but they’re also a superfood, rich in antioxidants and are British Columbia’s biggest food export. So it’s only fair that this yummy little berry […]

Get Your Fill of Mini-Donuts this Weekend at the PNE

Considering the new COVID-19 restrictions, going to the PNE the traditional way won’t be possible this year – yet the team behind the Pacific National Exhibition is working hard to […]

New Year, New You! How a Style Coach Can Help Makeover Your Wardrobe

Another year has gone and it’s the time for new goals. As 2019 starts it makes me think of all the things that I want to accomplish in the year […]

For its first time partnering with a tourism organization, Canucks Sports & Entertainment and Discover Los Angeles teamed up to host its first Hollywood Night at Rogers Arena this week during […]

How much protein do you really need per day? The science says 0.8 grams of protein per kilogram of body weight or 0.36 grams per pound. That doesn’t sound like […] Sneeki Tiki Brings Back that Summer Feel to Vancouver

I know, I know… Fall has arrived, but it doesn’t mean that we have to lose summer! When you find yourself in the rain or cold and longing for that […]