As part of Dine Out Vancouver 2014, this year Tourism Vancouver partnered with Vancouver Foodster to host East Side Brunch Crawl this past Sunday along Commercial Drive. Mary and I went as a good way to explore and sample a few restaurants we hadn’t been to yet for brunch along the Drive. One of the restaurants we anticipated on trying was Yolks Restaurant, a new popular brunch spot on Hastings and Clark, just a quick 5 minute drive from the Drive and part of this event.

Upon arrival at LaLa’s, a cute boutique shop selling lots of knickknacks and cooking accessories, we waited half an hour in a long lineup to get inside for registration, where we were provided with a passport and map of our crawl destinations and menu items. LaLa’s served small cups of mimosas to the guests as they waited to register. 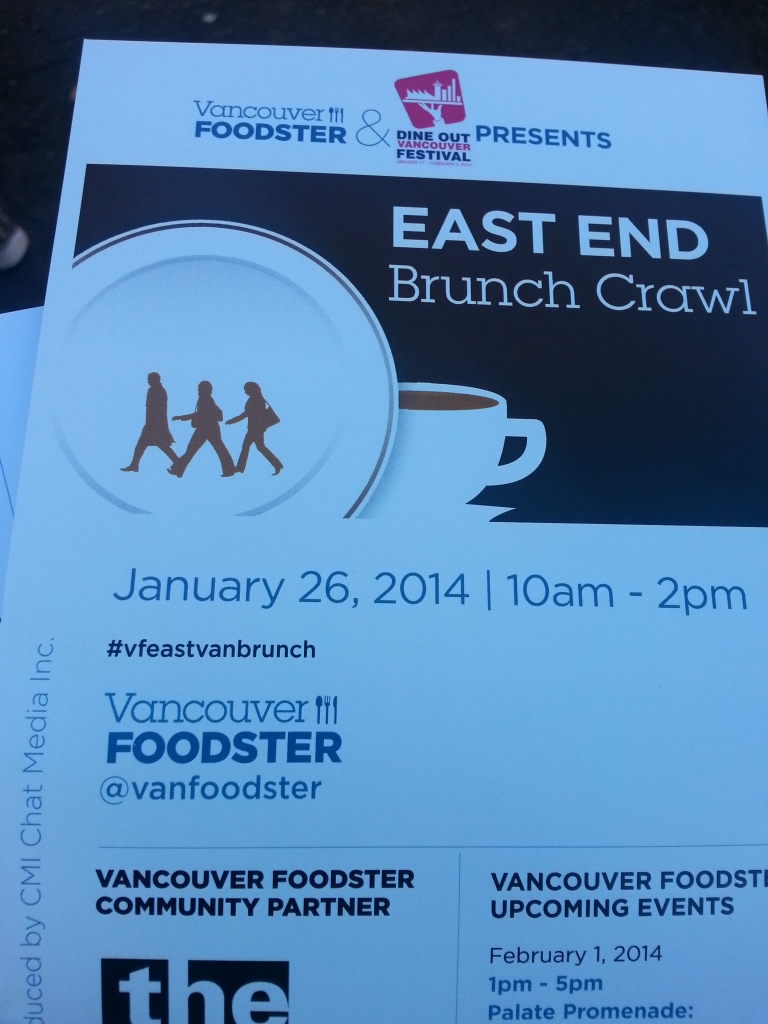 We first decided to go to Yolks, knowing it was the furthest location and one we really wanted to try due to its recent popularity. However upon arriving at around 10:10am, they were not ready to serve the large group of 15 brunch crawlers that had arrived. They were extremely busy with their regular customers and did not have seating for us. Instead after a 15 minute wait, we were then brought through the restaurant and outside where we were served our beignets with lemon hash potatoes from their food truck. We waited another 5-10 minutes for them to individually prepare each portion. One thing I noticed while eating my beignet was that the caramel sauce was missing, so it felt a bit dry and less flavorful. Before we left, I mentioned to one of the lady’s at the truck counter that they were missing the sauce so I hope others received it on their dish.

The next stop was along the Drive, working our way from the closest destination from Yolks and back down towards Commercial Skytrain Station. We went to Tyler’s Tacos and Tea, a new restaurant that had yet to open so they were serving breakfast pies outside their new location. The breakfast pies turned out to be bitesize blueberry tarts. Next to them at the table was our next location Oollo Tea, serving small shots of black and oolong teas. 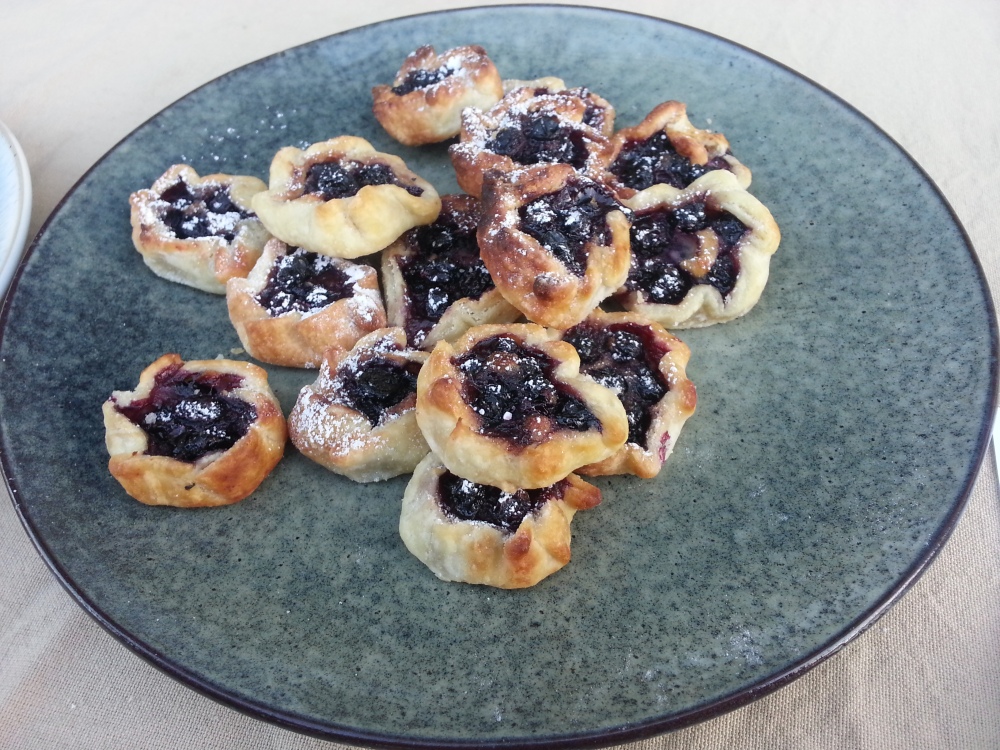 Heading next door was our next stop, Turk’s Coffee, for a shot of coffee choosing between their Truffle Shot and The Stovetop. Their Stovetop coffee was hot and flavorful, however we found the Truffle Shot cold and not very smooth to the taste. 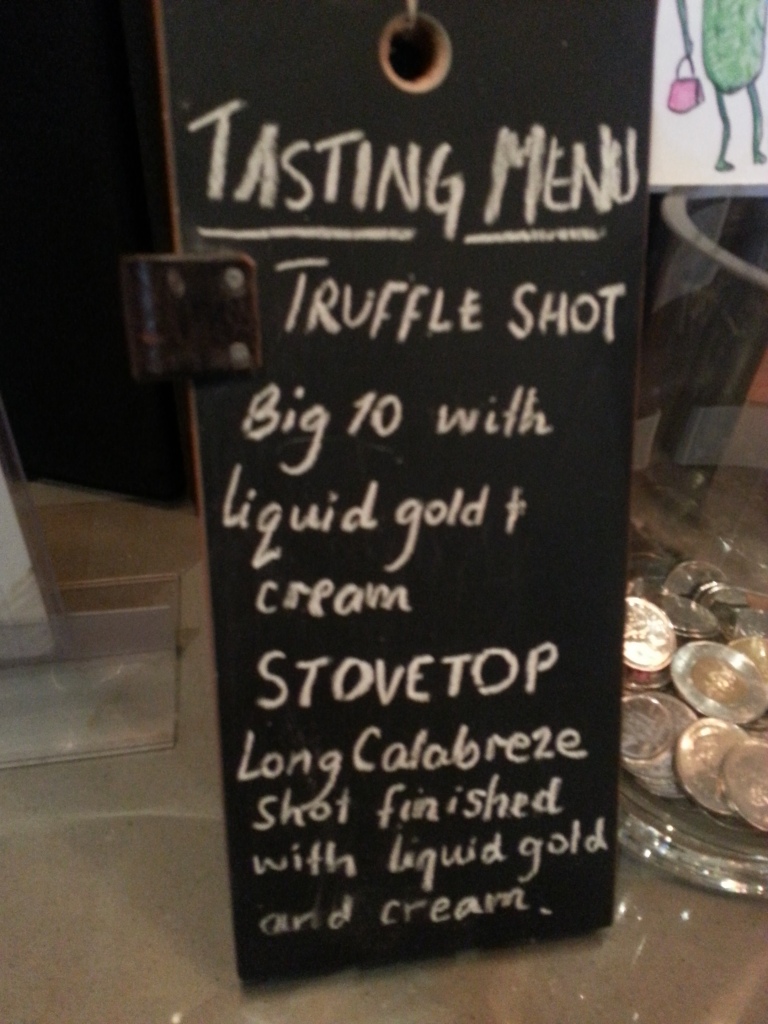 We walked a block down to Famoso Pizzeria, where we were greeted by Jeff from local brewery, Parallel 49, welcoming us with a tasting of either their Gypsy Tears Ruby Ale or their Ugly Sweater Milk Stout. We both thoroughly enjoyed their Gypsy Tears Ruby Ale, accompanying the two slices of pizzas provided by Famoso’s friendly servers. We sat down and enjoyed their Cavoletti Pizza (oven roasted brussel sprouts, along with proscuitto crisps, gorgonzola  cheese, dates, walnuts and honey) and Margherita Pizza (fiordilatte, fresh basil, pecorino romano, and extra virgin olive oil). Who knew brussel sprouts worked so well on pizza! Most importantly, the friendly service and ample seating made our stop at Famoso quite enjoyable.

Our next stop took us to Gelateria Dolce Amore, a family-run gelateria serving fresh daily-made gelato. The two scoops served were the biscottini (chocolate and biscotti flavored), and the salted toffee. I particular liked the combination of the salty and sweet in the salted toffee flavor. I’m sure this gelateria gets busy in the summer with all the gelato they are serving! 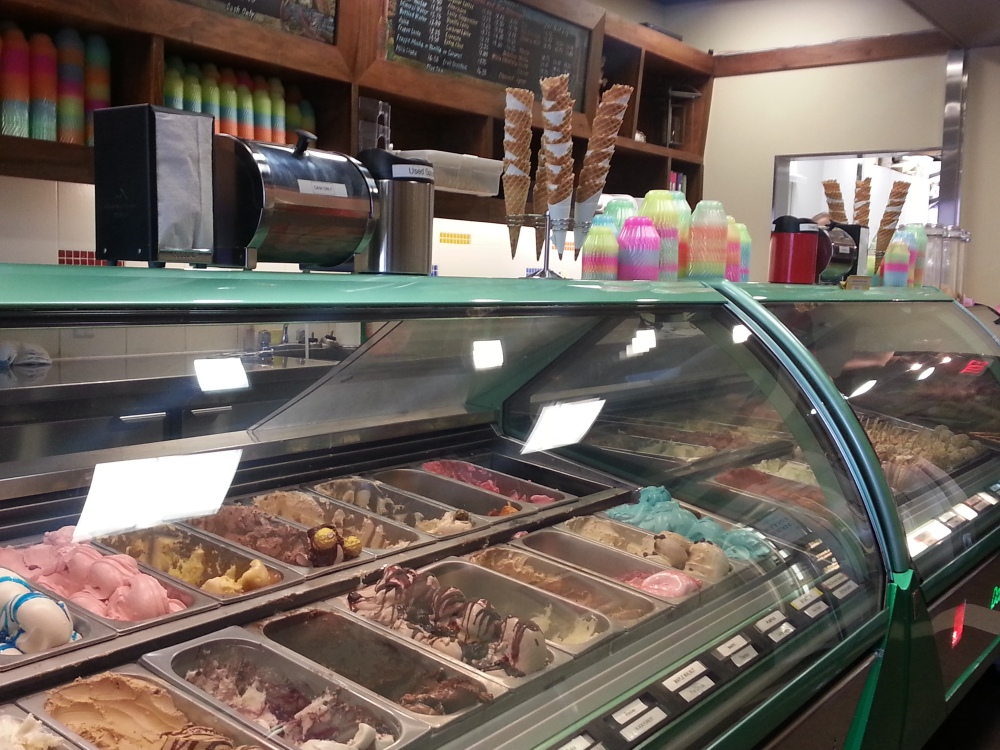 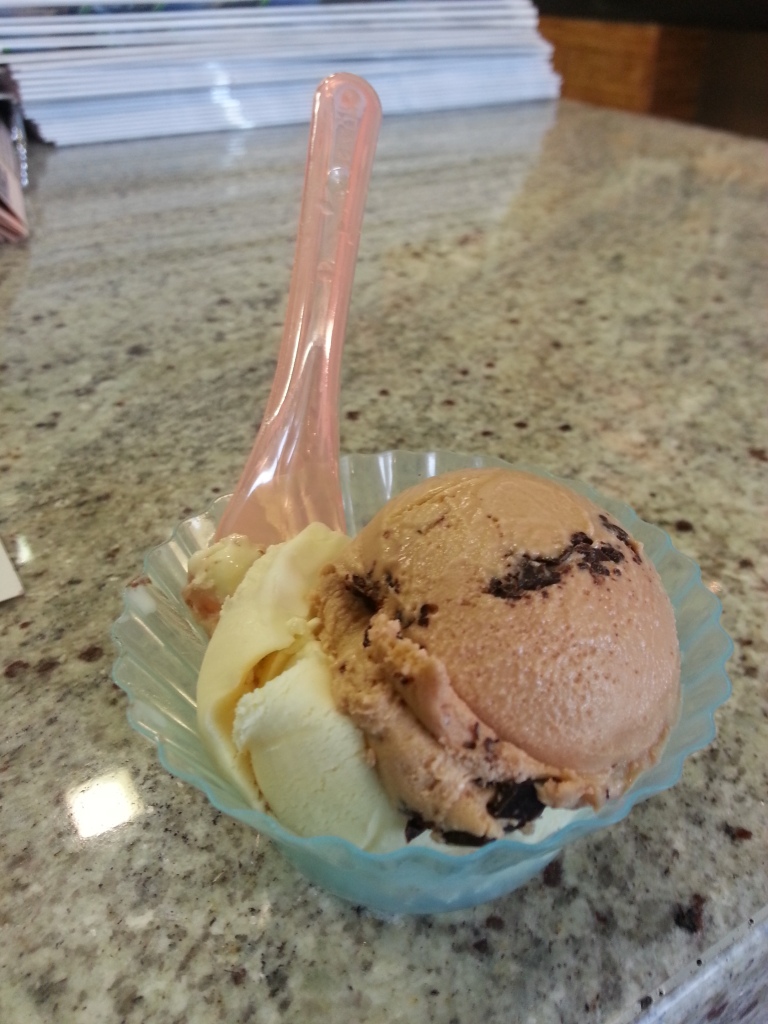 Although we already had dessert, we now moved on to our last two stops of the crawl. Siddartha’s Indian Kitchen is located just a few blocks from Commercial Skytrain station. For the crawl they served us Cardamom and cinnamon flavored Black Lentils with Cumin Rice, and accompanied with a piece of BBQ Tandoori Chicken and naan bread. The tandoori chicken was moist, and the overall dish was quite a well balance of Indian spices. It was nice to have a steaming hot dish served on a cold brisk walk on the Drive.

Our last stop was at Timbre Restaurant, just across the street from Siddhartha’s. As they serve up a busy Sunday brunch inside, the crawlers were left outside waiting for food being cooked and served on the patio. The sample plate included three popular dishes by Timbre – Crab Cake Benny, Banana Nutella French Toast, and Braised Beef Hash. I really enjoyed the Braised Beef Hash – tender morsels of meat along with crunchy hash potatoes.

Overall the tour was a fun way to get to know the restaurants on the Drive. Vancouver Foodster puts on several food crawls a year. Some notes to take into account if you decide to participate in the future in the crawl would be: