StreetSmart Canada is an annual campaign local Vancouver restaurants can take part in, with 100% of donations collected until end of 2013 and donated to local food banks. Tonight the campaign launched at the Bill Reid Art Gallery, kicking off the national campaign which takes place through local restaurants in Vancouver, Victoria, Toronto and Kingston.

Starting off the launch, Ron Josephson, the founder and chairman of StreetSmart Canada, introduced the StreetSmart Campaign to local media and restaurateurs. The StreetSmart campaign started in the UK and has now reached over 300 restaurants in the UK. Now, in its 2nd year in Vancouver, StreetSmart has grown from 11 restaurants in 2012 to over 20 restaurants and continues to grow within the city. Top Chef Canada finalist and Fable chef/owner, Trevor Bird, a strong supporter of this campaign, also threw in his two cents on why StreetSmart Canada is an important campaign for diners to contribute to this holiday season. The launch ended with some final words from Vancouver Food Bank‘s CEO, Aart Schuurman Hess , who reminds us that over 28,000 people locally use the food bank as a resource. As this number grows, we need to do our part to help.

How does StreetSmart Canada’s campaign work? 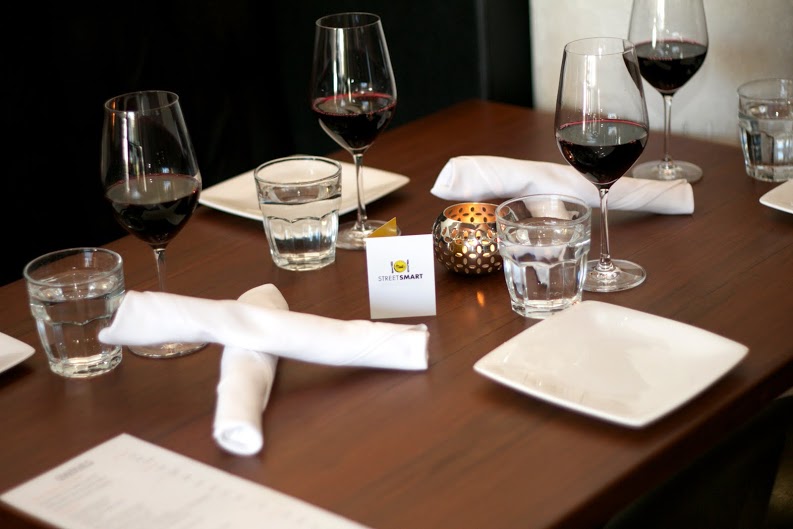 Some participating restaurants in Vancouver include Fable, Chambar, Milestones and several other Vancouver restaurants. More information can be found on their website: www.StreetSmartCanada.org.