Sometimes art, food and culture come together in a delicious combination of, well, deliciousness. That was the case this week in Portland, Oregon for lovers of donuts, art and The Big Bang Theory.

Fans of CBS’ The Big Bang Theory will probably recognize the work of Eric Joyner. His paintings, featuring robots and donuts, have graced the walls of Sheldon and Leonard’s apartment on the show.

Joyner is a member of ImageKind, a community of independent fine artists owned by CafePress, Inc.  This month, ImageKind is offering limited edition of hand-signed and numbered prints from Eric Joyner.

To stir up excitement, ImageKind held a signing event at Portland, Oregon’s famed Blue Star Donuts. Several of Joyner’s fans turned up for the event on December 19, to chat with the artist about his inspiration and technique. One fan was delighted to snag the first hand-signed, numbered print in the series.

Blue Star Donuts created a special “Mr. Roboto” donut for the occasion, as well as introducing some new holiday donut flavors. They even talked to the artist about possibly creating a mural for their new shop. 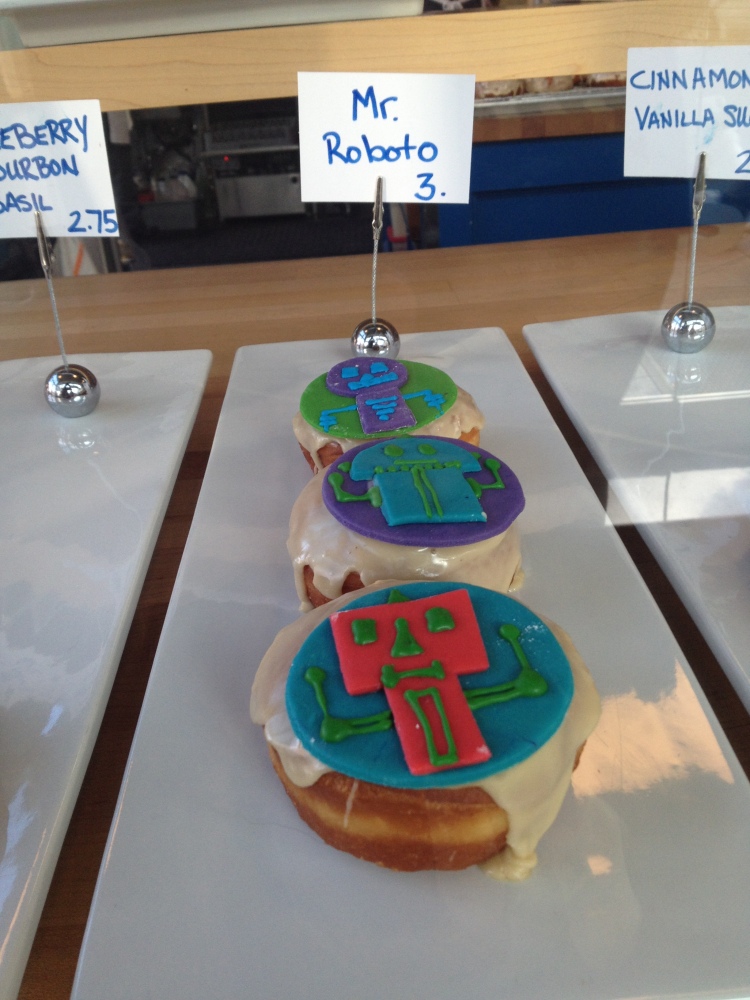