Recently I had the pleasure of joining Globe@YVR’s  executive chef Karan Suri for a five course dinner with Classic Malts of Scotland scotch pairings.

GlobeYVR is an award-winning restaurant at the Vancouver International Airport, specializing in Pacific Northwest Cuisine and the Ocean Wise Program.

Scotch tastings are becoming a more and more mainstream thing. Once thought of as the man’s man drink, or something only to be paired with a fine cigar, scotch’s true versatility is shining thru, as many of the city’s best restaurants and chefs are creating evenings such as this one, and paring it with food that brings out the drink’s many faceted features.

Our first course was a Bison Tartare with almond and parsley gremolata and puffed farro. The farro was slightly sweet and crunchy, which went well with the gamey taste of the bison. It was served with Cragganmore single malt whiskey, 12 years old. This whiskey has a floral nose, remising of fresh fruits, and a creamy texture that lingers in your tongue. The palate is rich, with notes of walnuts and hints of berries. It leaves a light peppery, smoky finish.

Our second course consisted of Smoked Cod and Dungeness Crab Brandade with potato gaufrettes. Brandade is such a lovely winter dish, usually made with salted cod. The smokiness of the fish was a surprise, but it really brought the smokiness of the whiskey it was paired with – a 15 year old Dalwhinnie that finishes with just a hint of Highland smoke.

Our third course was my favourite: Spanish Iberico Ham with Manchego cheese, toasted brioche and Quince jam. This ham is considered the best in the world, and the most expensive. It’s sweet, earthy and has a creamier texture, which goes perfectly with the buttery consistency of Manchego cheese. This dish was sheer perfection, and it deserved no less than Oban whiskey, 14 years old. 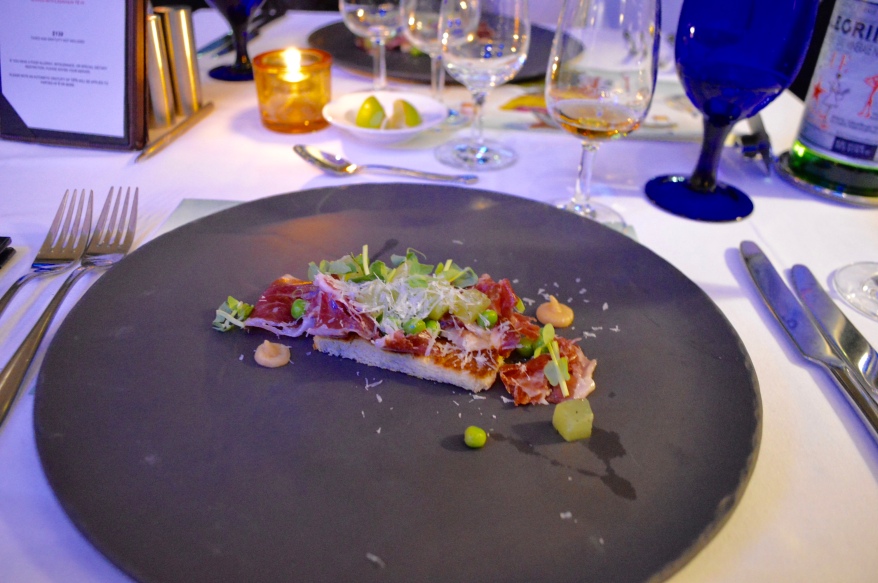 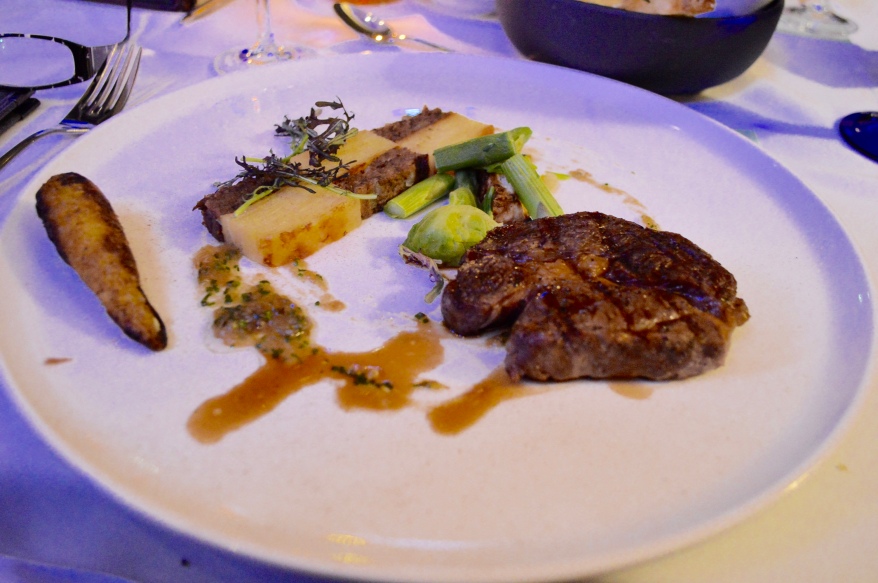 Our dessert course was a Dark Chocolate Parfait with Hazelnut Brittle and Burned Honey and Fig Ice Cream. It was served with the most dramatic whisky of the evening: The Lagavulin 16 years old. This whiskey is very rich and thick. It also carries a long, smoky finish.

Overseen by Wirtz brand ambassador and Scotch expert, Joel Virginillo, the evening was a tasty and informative journey about the world-renowned beverage. I left with a greater appreciation for Scotch, and with knowledge on how to better enjoy it with food!