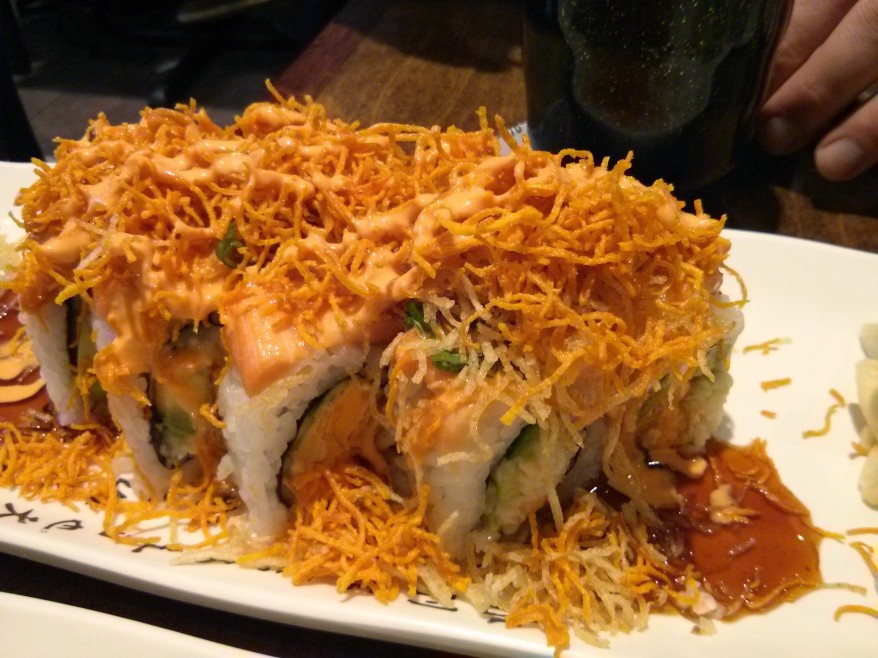 I keep hearing good things about Nanaimo Sushi and with a 90% Urban Spoon rating, I decided to give it a shot after a long day at work.

First impression when you walk in? It’s busy and LOUD. It’s obvious the place has tons of local business and tables turn over fast which was great because we were hungry.

We sat down and were presented with menus. The prices were really good and there were many speciality rolls without the speciality price.

The problem? The menu doesn’t describe what each roll is. I was told to try the awesome roll #2 ( with yam and potatoes) so I knew we were going to order that. But short of asking the waitress what each speciality roll had inside, there really was no way to tell what was in the Nanaimo Roll VS the Mangotastic roll (sure there are mangoes obviously but what else?!).

We tried asking our waitress questions about the menu but it was so loud it was hard to hear her. There was an item called the sushi pizza. Intriguing, pizza and sushi? But what was it exactly and how is it served? We asked her and other then hearing something about deep fried rice…we really couldn’t catch the rest of the description. We decided against ordering it since we had no idea what it was.

The food in general was decent for a cheap sushi place. The food portions and prices were good but obviously the food quality is not Miku standards. Nor should you expect it to be as it is not a fine dining restaurant.

We ordered the tuna gomae and the tuna came out still somewhat frozen. The peanut sauce was tasty however and there was a generous portion of tuna. We also ordered the the tuna tataki. Not recommended. It lacked ponzu sauce, the fish was not very fresh and in general the dish left very little to be desired. If you are looking for a good tuna tataki, try Honjin Sushi in Yaletown. The price point for most things are higher than Nanaimo Sushi, but the tuna tataki is similarly priced and the tataki is just soooo much better.

The sushi rolls we ordered were ok, not bad but nothing to write home about either. We had the mangotastic, the cream cheese smoked salmon, the beef teriyaki and the awesome rolls. The awesome roll was good and probably the best out of all the food we had. The mangotastic and smoke salmon roll were large but mostly stuffed with imitation crab meat, so it’s not like you’re blown away with the flavour or the amount of mango or cream cheese/smoked salmon in each roll. 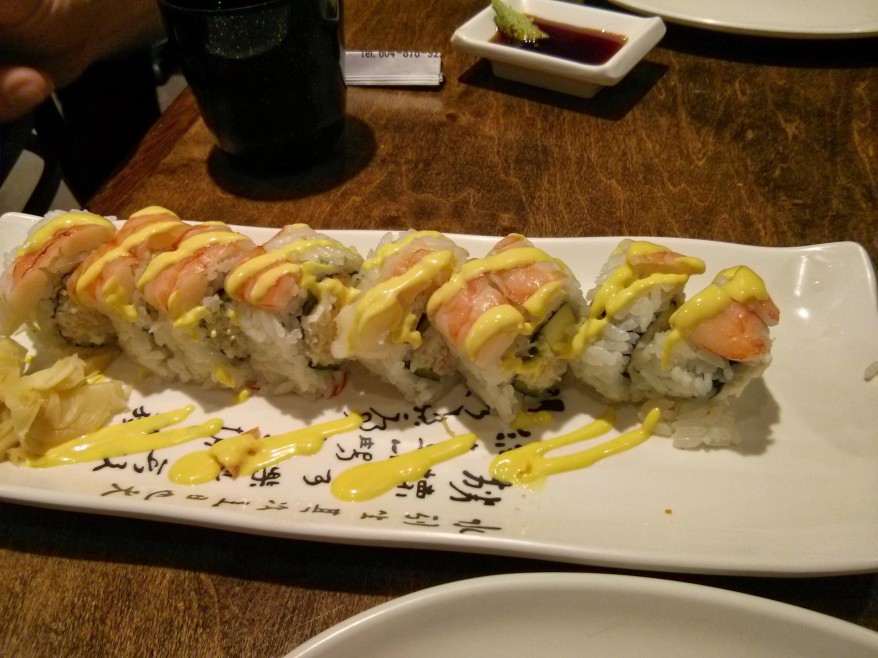 We had all the food above and our bill was only about $40.00 with tax. So not too shabby if you are looking for cheap sushi. The food also came out VERY FAST (like within 5 mins of ordering), and we were in and out in under an hour.

All in all, if you are looking for cheap sushi, Nanaimo Sushi may be a good choice, but amongst the plethora of Japanese restaurants in Vancouver, it really doesn’t stand out. If you happen to be in the area, try it out. But there is nothing there worth you going out of your way to stop by.