Last month I went to San Antonio for a work trip – one of the first times travelling to Texas. I was told to eat as much meat as possible, as Texas was the land of BBQs. For the 3 days I was down there, I had my fair share of BBQs, steaks, brisket, and Tex-Mex food. Here are the three restaurant highlights of my food adventures down in the Lone Star state, home to the Alamo.

Q on the Riverwalk

Searching online to finding a restaurant near our hotel that had great steaks/BBQ, I came across one of the top contenders in the area for best restaurants. Q on the Riverwalk is located inside the Hyatt Regency hotel in San Antonio’s Riverwalk district, just a couple of minutes from The Alamo, the famous mission where the last stand took place and is a famous piece of history for Texans. Having arrived at the hotel looking forward to a delicious BBQ dinner, we were told the restaurant section was not opened, however the lounge/bar area was still serving the restaurant menu. We took a seat, ordered a round of drinks, and browsed through the one page menu.

For the starters, we decided to share an order of the Queso Fundido, a queso mixed with smoked brisket, black beans and creamy cheddar, accompanied with fresh tortilla chips, and an order of Chips and Salsa with side order of fresh made Guacamole. The Queso was delicious – super creamy yet combined with the smoked brisket made it hearty with the chips for dipping. I could’ve just had that as a meal! My 3 colleagues all ordered the flat-iron steak with housemade fries, while I ordered the Chairman’s Reserve Smoked Brisket. The steak was juicy, flavorful and marinated in chimichurri and herb aioli, whereas my smoked brisket accompanied with the buttermilk coleslaw was balanced and tender. Since it’s smoked and roasted with a dry rub, don’t expect it to be like Memphis, where it’s a wet rub and soaked in BBQ sauce. Instead, the BBQ sauce can be used on the side to dip the brisket in. Overall, I’d come back for the Queso Fundido again for sure! 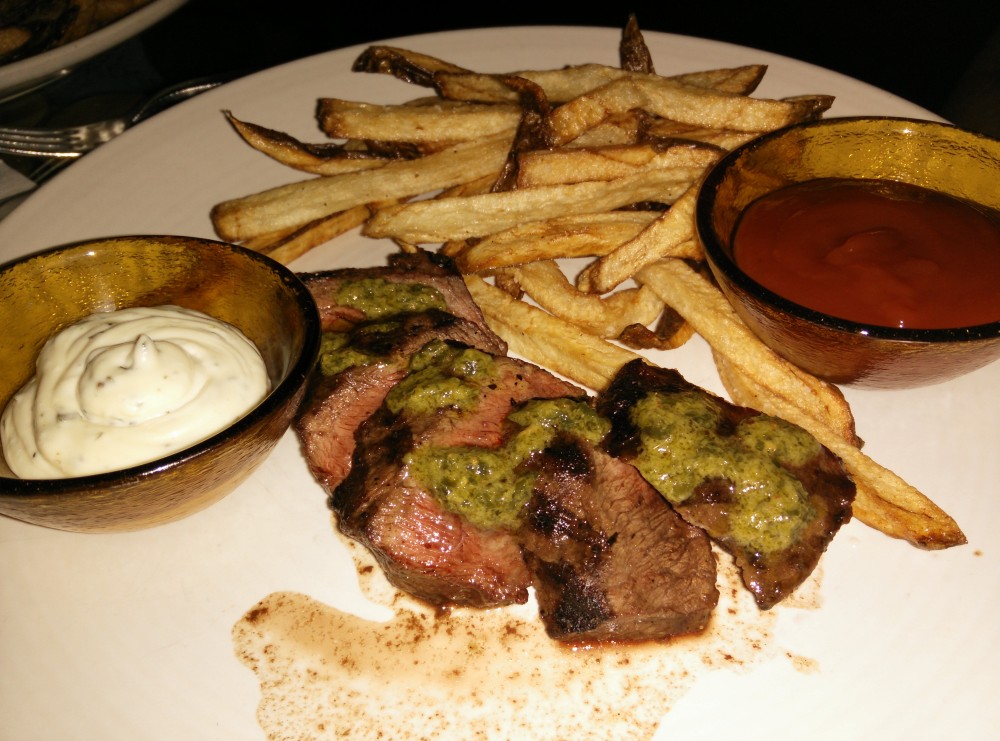 Mi Tierra Cafe is a famous 24-hour Tex-Mex restaurant located close to the Riverwalk district. An iconic restaurant in San Antonio for locals and tourists, this restaurant screams cheesy Mexican when you walk into the bright, neon colored lighted restaurant filled with pinatas and wall painted mural of famous Latino celebrities. The service was quick as we got ushered to our table swiftly even though we were a group of 8. The restaurant was packed with locals and tourists sipping margaritas and eating everything ranging from breakfast platters to Mi Tierra’s famous Deluxe Mexican Dinner. After ordering our refreshing cold beers and margaritas, a majority of my colleagues ordered the Deluxe Mexican Dinner while I opted for breakfast – Mi Tierra’s Special Breakfast consisting of 2 eggs (scrambled), refried beans, tortillas, and Carne de Res Guisada (Beef tips sauteed with tomatoes and peppers). The Deluxe Mexican Dinner on the other hand included beef steak ranchero, cheese enchilada, crispy beef taco, tamal, guacamole, spanish rice and refried beans. The meals came quickly once we loaded up of a round of fresh tortilla chips and spicy salsas! I really enjoyed my breakfast special, however if I ever get a chance to come back I would try to leave my appetite for the Deluxe Mexican Dinner – a Tex-Mex meat fest platter that my colleagues thoroughly enjoyed and declared best that they’ve tried in a long time! Open 24-hours, I’m sure it’s a great restaurant for any visitor of San Antonio anytime of day or night. Come for the experience, stay for the food. 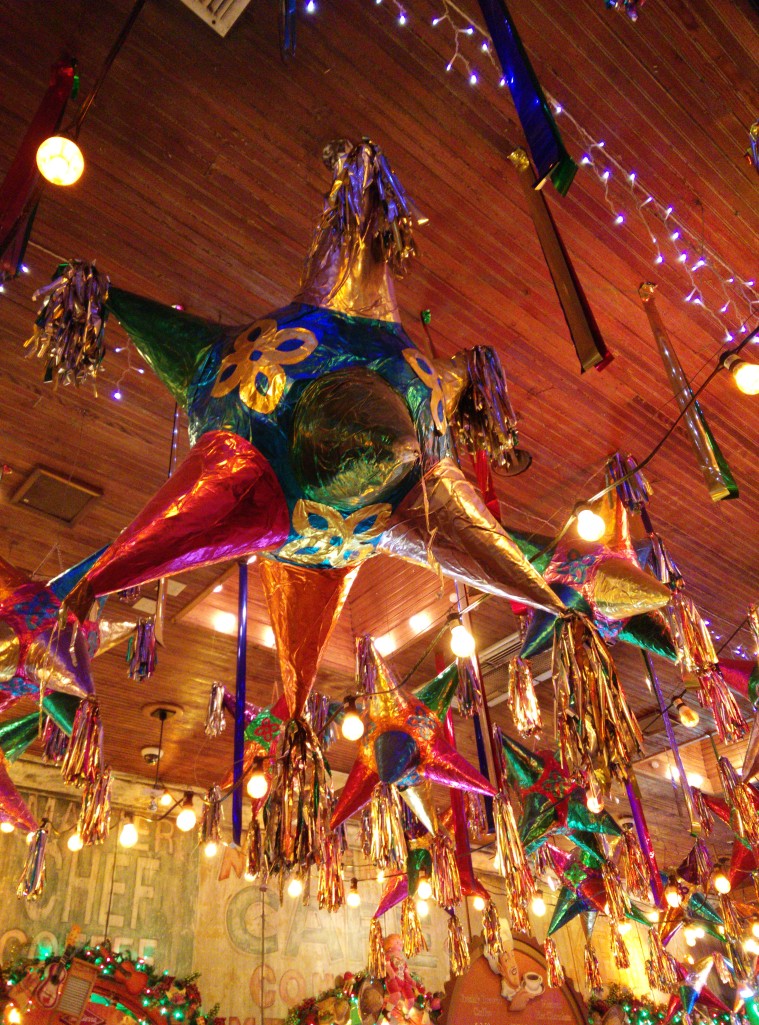 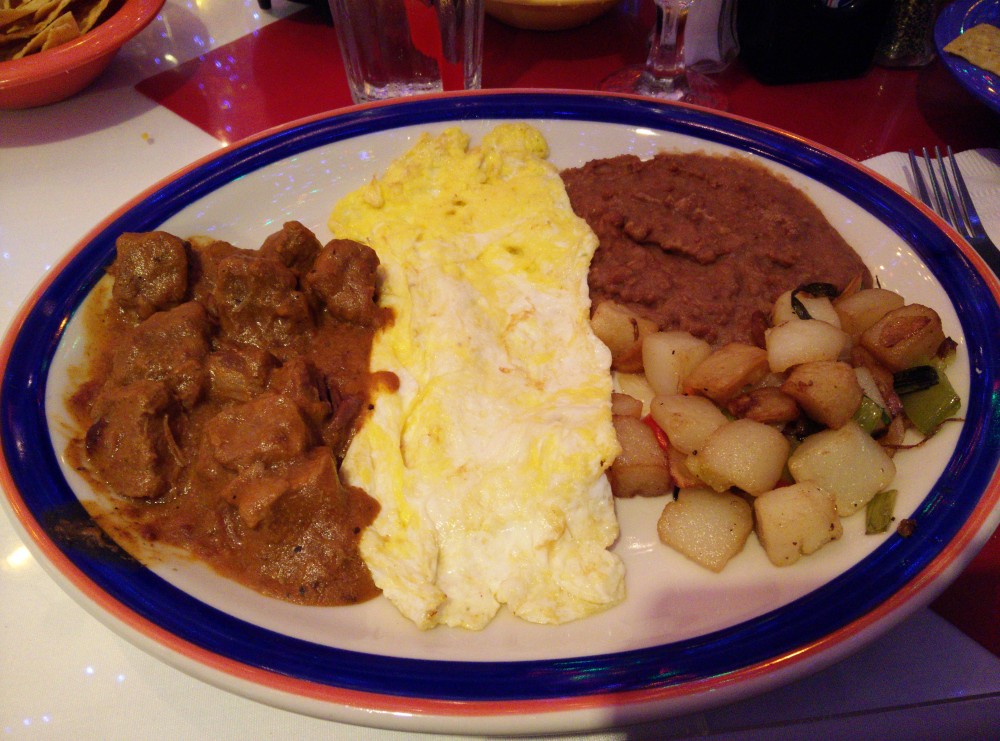 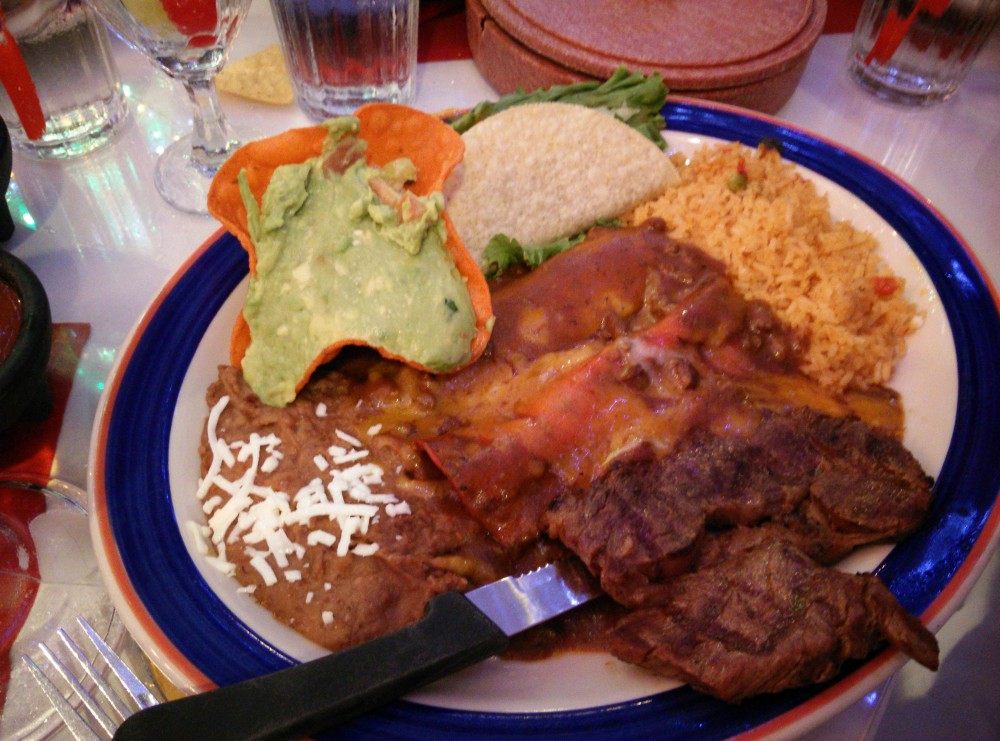 In search of the classic Texas BBQ joint in San Antonio during a large convention can be a bit chaotic, especially with a group of 12 people. In the Riverwalk district, there’s a lot of trendy restaurants, but when it comes to the classic BBQ joint, one must head outside of the downtown area. We called for our cabbie, Siefe (a local cabbie we befriended through our visit and picked us up whenever we called), and he drove us to Rudy’s, a 20-25 minute drive outside of San Antonio Riverwalk. Rudy’s Country Store & BBQ is a classic BBQ chain country store/gas station that ended up adding Texan BBQ to its locations in 1989 and continues to provide delicious, mouth-watering Texan BBQ ever since then. For our meat-fest, we ordered 4 lbs of brisket, 2 lbs of turkey, 2 lbs of sausage, and 4 racks of baby back ribs. We also ordered a pint of cream corn, pint of Rudy’s beans, and a loaf of Texas white bread. For 12 people, we managed to eat everything except the large tray of baby back ribs we couldn’t finish – however we still ordered peach cobbler after. The meat was deliciously cooked – the brisket was my favorite! Juicy, tender, and Rudy’s BBQ sauce was heavenly! I purchased a bottle of BBQ sauce along with their special rub so I could make my own delicious BBQ at home. If you ever come across a Rudy’s – go and try their brisket and cream corn! You will not regret it. Rudy’s is predominantly located in Texas, but also has locations in Oklahoma, Arizona, New Mexico and Colorado. 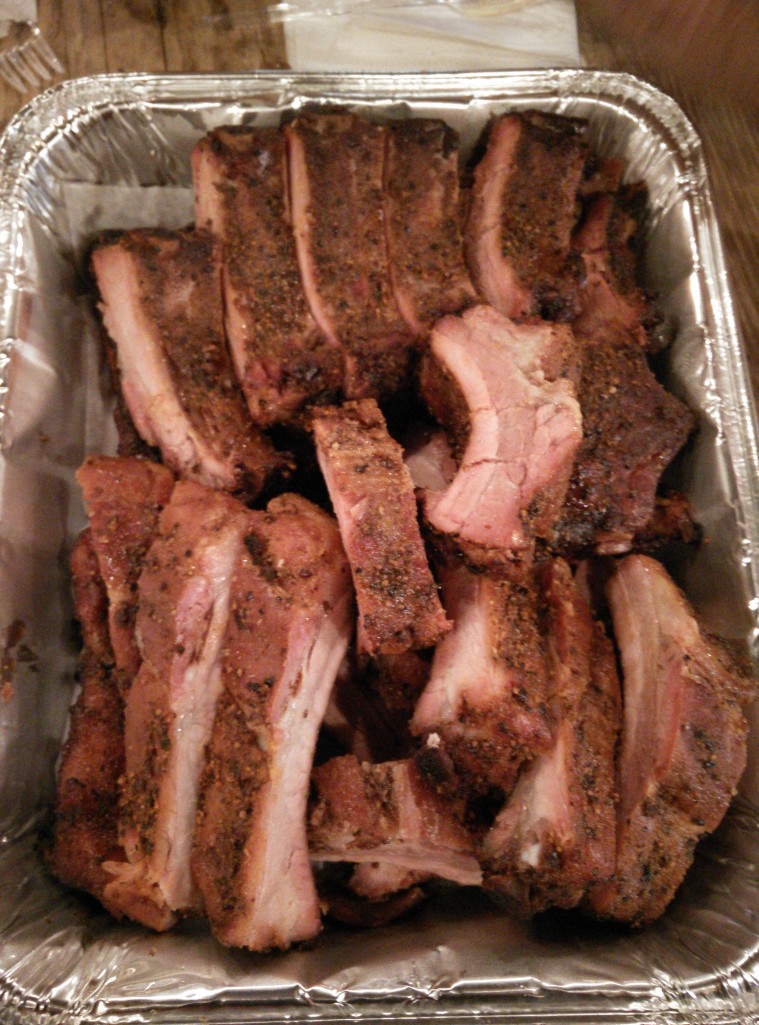