This was my first ever Improv show, and man did it set the bar high.

There was no mistaking what season we were in when I walked into the theatre lobby. Staff were handing out candy canes. They were dressed in cheesy Christmas sweaters. Someone was singing a passable rendition of All I Want For Christmas Is You. I freaking love Christmas. I was beyond ready to see Christmas Queen 3 The Bachelorette Edition.

TheatreSports League puts on its Christmas Queen show every year, and each time it’s got a different plot. After chatting with some regulars by this amazing complimentary dessert spread, I found out that last year the Christmas Queen had orchestrated Santa Clause and Mrs. Clause’s unfortunate divorce all so she could sink her claws into Old Saint Nick herself.

Now that you have the background and a quick dessert pic to draw you in, I can gush about this show because I busted my sides laughing. Being new to the Improv scene, it took a while to get into the groove of things. I’m used to quietly sitting in the dark audience seats while the actors and comedians light up the stage, but at this show the actors (comedians? improv superstars?) call for suggestions from the crowd and spin every suggestion into comedic gold.

Loosely, this year’s show continues in the wake of the Clauses’ divorce. Now Santa is on the Bachelorette, competing with Frosty the Snowman and Elf on the Shelf for the Christmas Queen’s heart. I won’t say any more because spoilers are the worst, but just embrace the randomness. The cast does its absolute best to draw you into the show, and by the end of it I was waving jazz hands and yelling suggestions with the rest of the crowd. 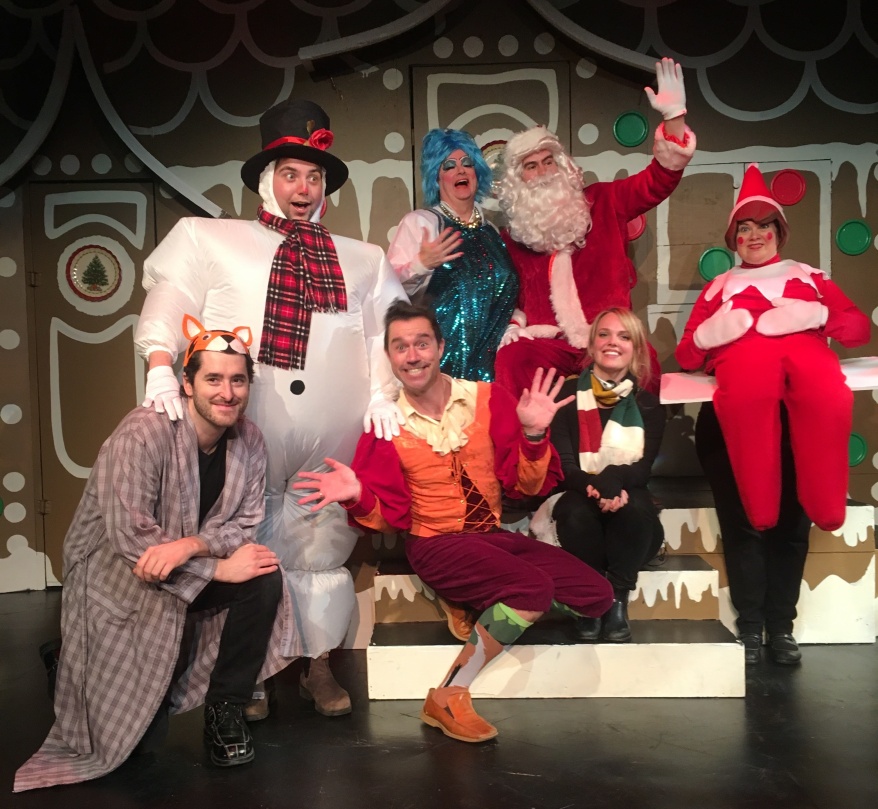 So if you’re feeling festive and fun, drop by the TheatreSports site and buy yourself a ticket. The show runs on Wednesday to Saturday at 7:30pm until December 23rd.