After a long day of shopping at Coquitlam Centre with my family, we were hungry so we wanted to eat something good and satisfying. Then two of my friends, who are Coquitlam experts, recommended Insadong Korean Restaurant, located on North Road and Lougheed Highway in Coquitlam.

Insadong Korean Restaurant is a Korean barbeque restaurant where you mostly cook your own meats on a grill. The space was quite big! I’m estimating that it could hold at least 50 people. I saw that there were one or two private rooms as well. 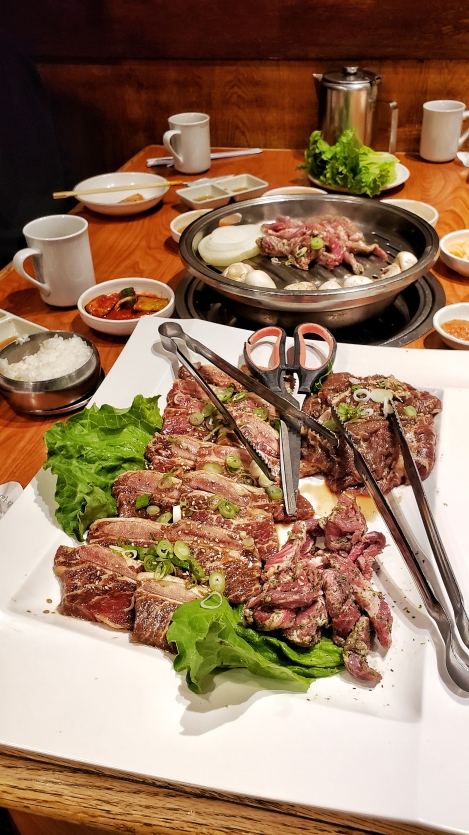 There were quite a few selections from the menu. They had some appetizers, soups, bbq meats, specials dishes, combos, and alcoholic and non-alcoholic drinks. Since we were at a Korean barbecue restaurant, of course, I ordered from the BBQ section! At first we were going to order Family for 4 combo ($97.99) from the Beef & Chicken Combo menu which includes green salad,  spicy soft tofu or soybean paste soup, 4 steamed rice, bulgogi (marinated sliced beef), neukgansal jumoolluk (seasoned rib finger), dak bulgogi (marinated chicken), yangnyeomu-galbi (marinated sliced ribs), and LA galbi (marinated beef short ribs). However, the waiter said that the portions in the combos are smaller and that is why it’s cheaper than the regular BBQ menu. 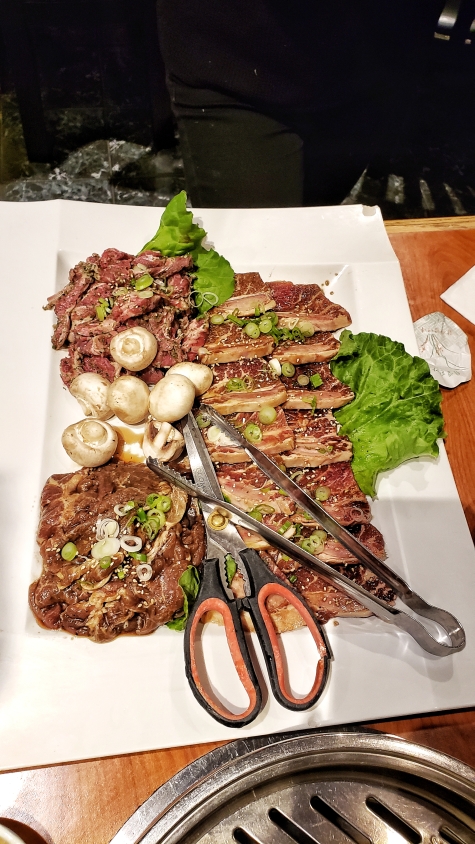 Us carnivores ordered one bulgogi (19.99), two LA galbi ($24.99 each), one neukgansal jumoolluk ($23.99), sundubu jjigae (spicy soft tofu soup with seafood and beef with a bowl of rice, $12.99) and bowls of rice ($1.50 each). They were all delicious! My favourite was the LA galbi. The meat was just perfect and the seasoning is savoury and yet a bit sweet. My second favourite was the bulgogi since I really liked the seasoning too.

If you ever decide to go there, definitely order the LA galbi. Also, you may want to order more dishes since I felt the 5 dishes were not enough for 4 people. I recommend this place!