BC Blueberries are not only tasty, but they’re also a superfood, rich in antioxidants and are British Columbia’s biggest food export. So it’s only fair that this yummy little berry gets its own holiday.

July 15th is officially Blueberry Day in British Columbia, and what better way to celebrate than the Go Blue BC Virtual Event. The site will house how-to videos, chef and grower interviews, recipes, family-friendly activities, and an exciting grand prize contest. It will also feature links to all our BC Blueberry producers, helping you find fresh BC blueberries in your area. The virtual event runs from July 15th until BC Day (August 3). 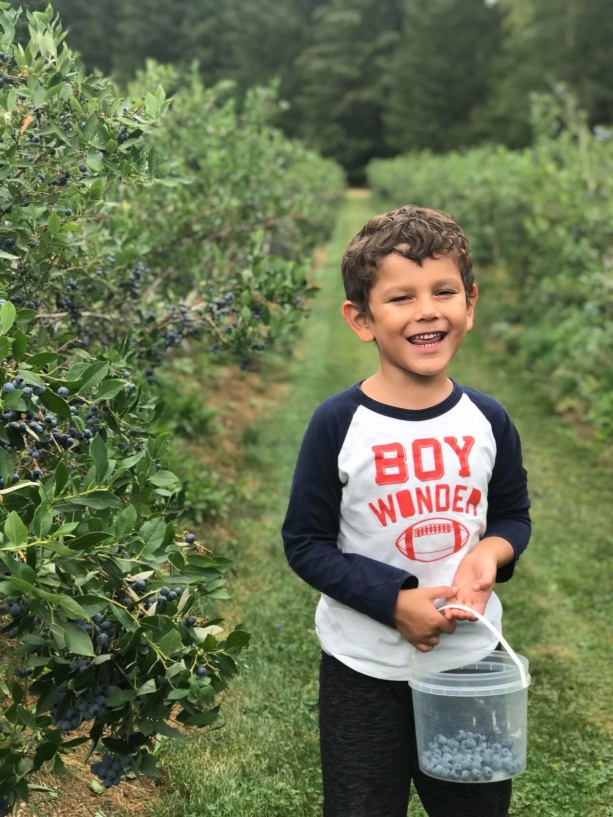 If you prefer to pick your berries yourself (I know I do!), you can find on the site the Blueberry famers that are offering U pick this summer under special COVID-19 protocols – find the farm closest to you and take the whole family for some berry-picking fun.

You could also win $1000 in gift cards to White Spot and Triple O’s, Both restaurants are big BC Blueberries supporters and starting July 13th they will be offering a limited-time menu showcasing how versatile BC blueberries can be. Some menu items include a Fresh BC Blueberry Pie, Blueberry Pie Milkshake, Blueberry Chicken Salad, and a Blueberry Cheesecake, all to be featured at 58 stores in BC until September 2nd. Triple O’s will also feature a BC Blueberry milkshake from July 20 – September 6 at 40 locations.

As BC Blueberries latest ambassador, I look forward to sharing my favourite recipes and berry picking spots with you on my Instagram page. Make sure to follow @BCBlueberries as well. Let’s Go Blue BC!