To promote tourism, The Taiwan Tourism Board held the “Cycling Taiwan” event at Robson Square on June 5th. The event was to show the beautiful cycling trails, routes and infrastructure that Taiwan has to offer. It was quite educational!
The event opened with a flash mob that included the Taiwan tourism ambassador Oh! Bear who is a Taiwan black bear. The song that the flash mob danced to was called “You’re my Flower” I didn’t get the name of the artist but it was very catchy and it was a great way to kick off the event.

Some special guests were in attendance as well, including Acting Mayor of Vancouver, Kerry Jang, and Acting Mayor of Burnaby Anne Kang as well as Hsi-Lin Liu, Deputy Director General of the Taiwan Tourism Bureau. For me, the most interesting guest was professional cyclist and Olympian, Zach Bell, He represented Canada at the 2008 and 2012 Summer Olympic Games. Bell also placed first in stage 4 of the 2013 Tour de Taiwan. As far as promoting cycling, what better way than to have a professional cyclist talk about landscapes and cycling routes? 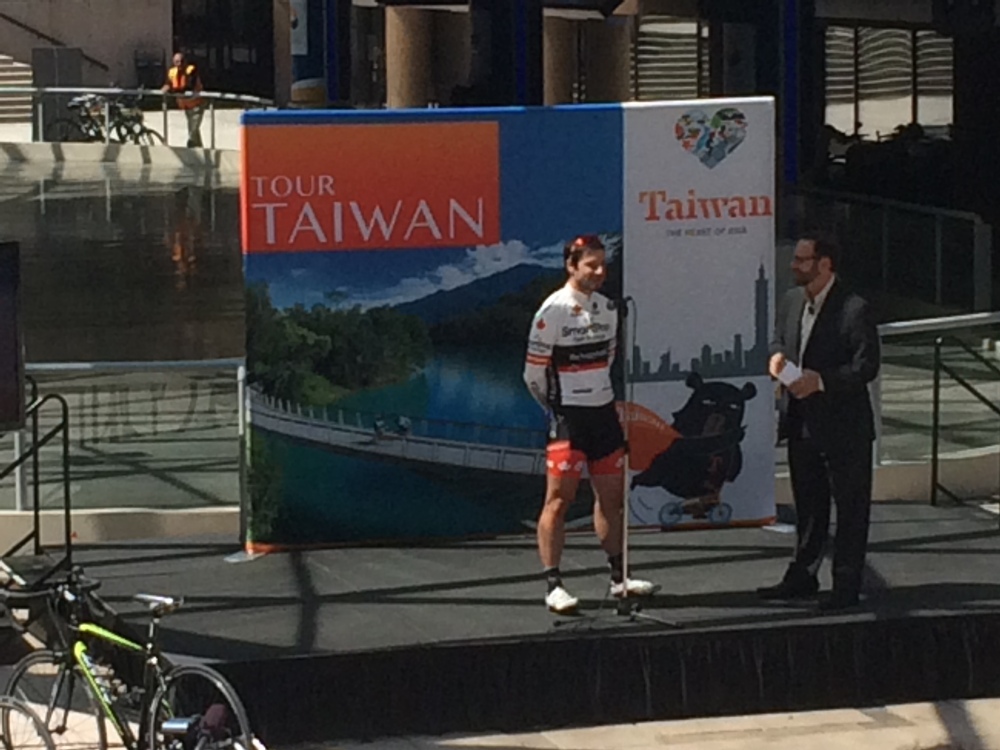 Another great way to promote cycling tourism? Have 15 stationary bikes in front on big screens with footage from Taiwan’s top 5 bike paths so people can get a taste of what it would be like to bike those trails. I got to ride Road 102 that starts in Keelung and stretches 40,000 metres (40 Km) eastbound to Fulong. Let me tell you, it definitely would be a great way to see the country and get physically fit! You can rent a bicycle or even bring your own bike. Even someone who’s not very athletic can enjoy the infrastructure. The roads and trails are accessible and safe plus there are lots of stops where you can eat and taste tea so no need to worry. And, if you’re hard-core and want to ride the 8 day pathway around the island, you can stop at police stations for bathroom breaks and showers. There are 8 thousand kilometres of bike path around Taiwan. Who knew? 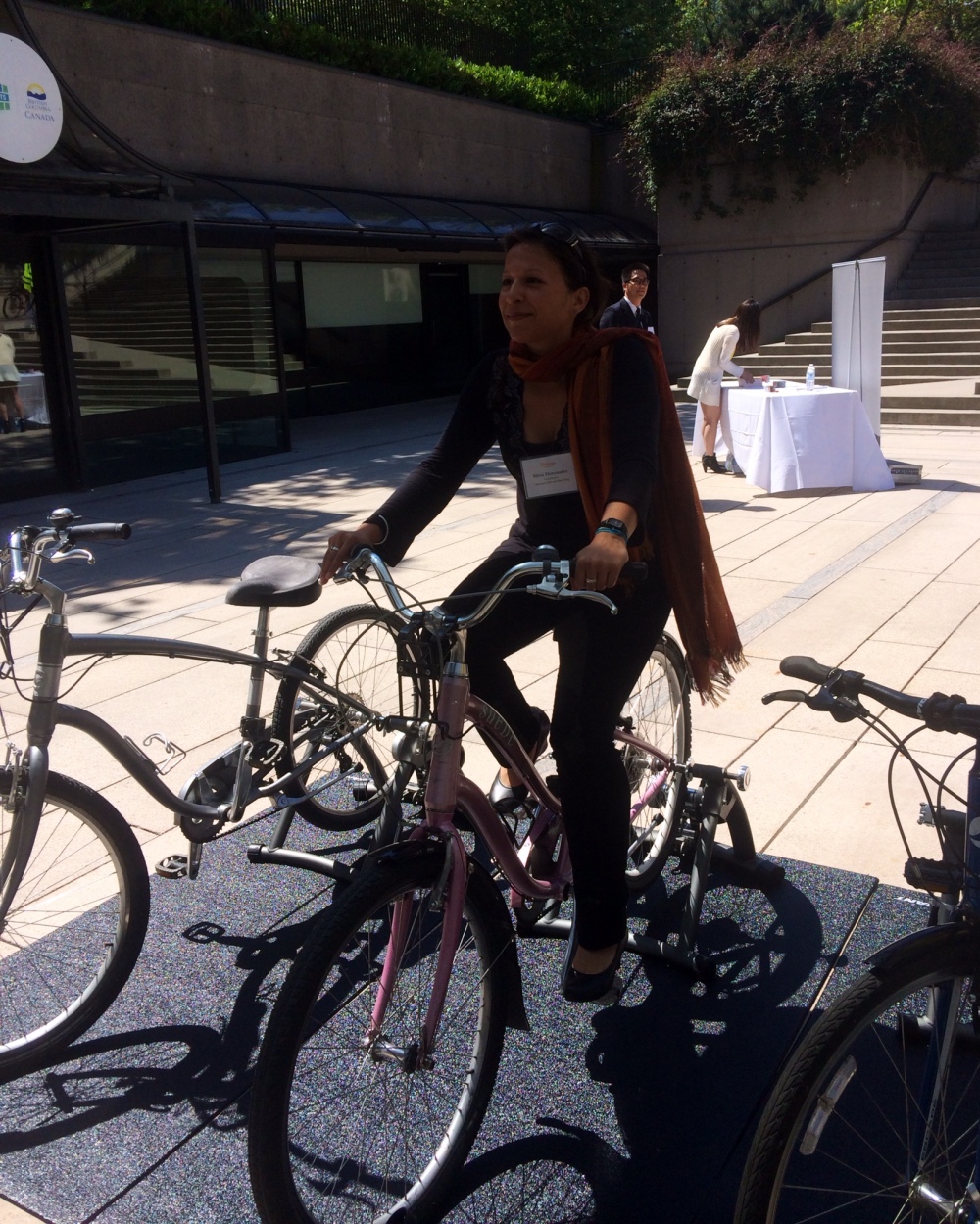 After the presentation we were treated to a luncheon at the Rosewood Hotel Georgia for a light meal that included seafood salad, 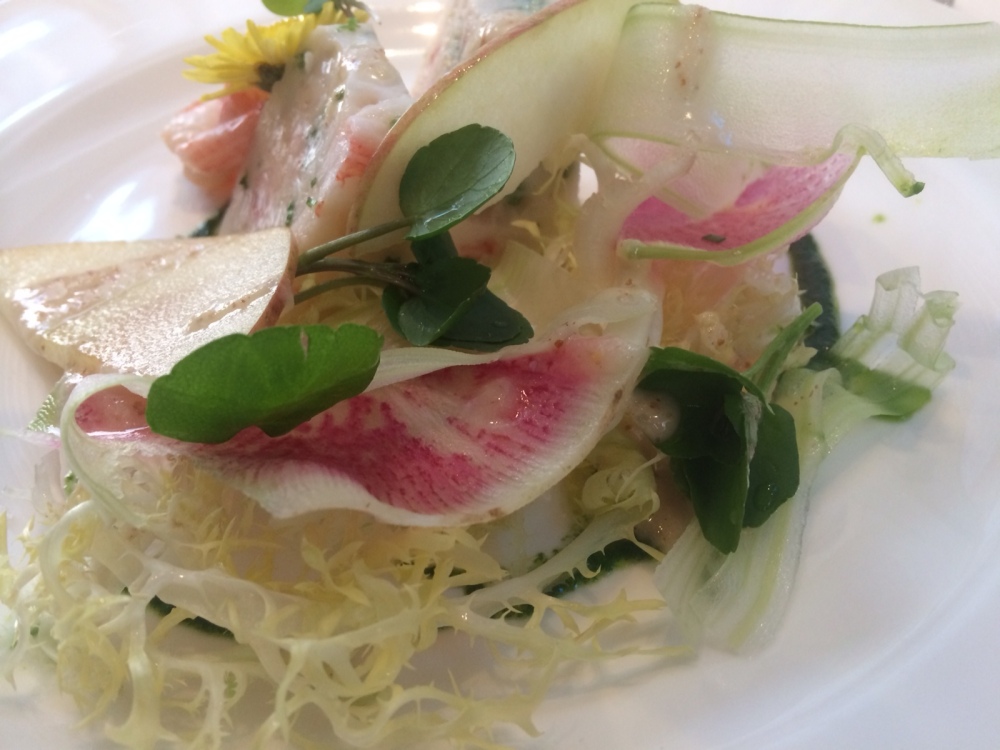 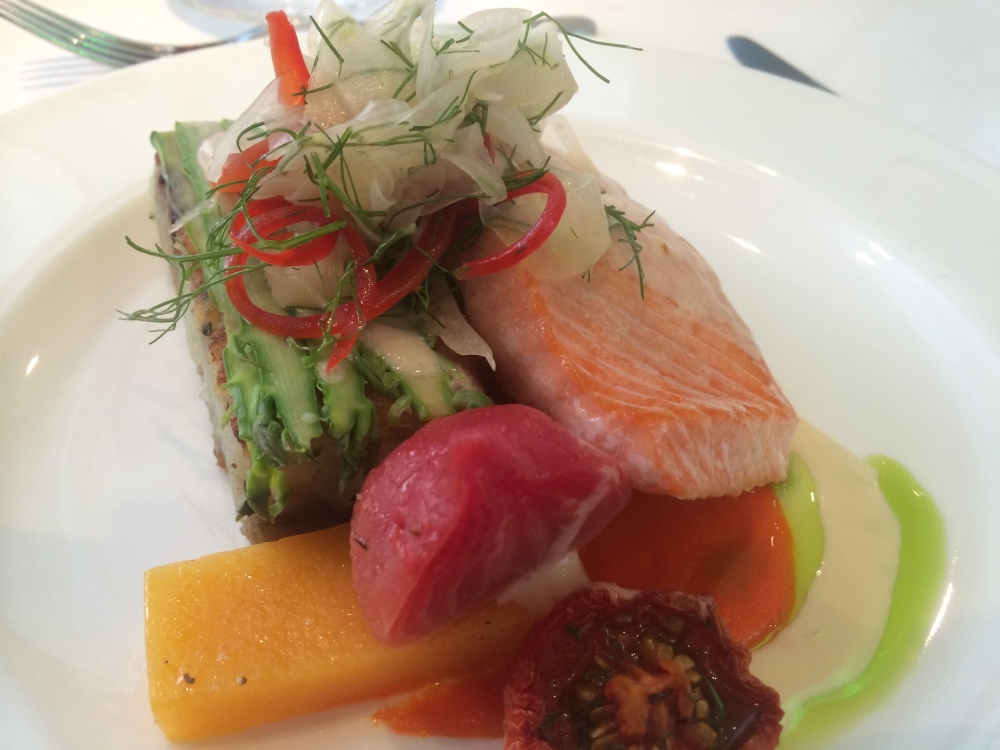 and finished off with a mini cheese cake,

all while watching some more footage of what tourism in Taiwan looks like. Taiwan was already on my list of places to visit but, after attending this event, it has moved to the top of my list!