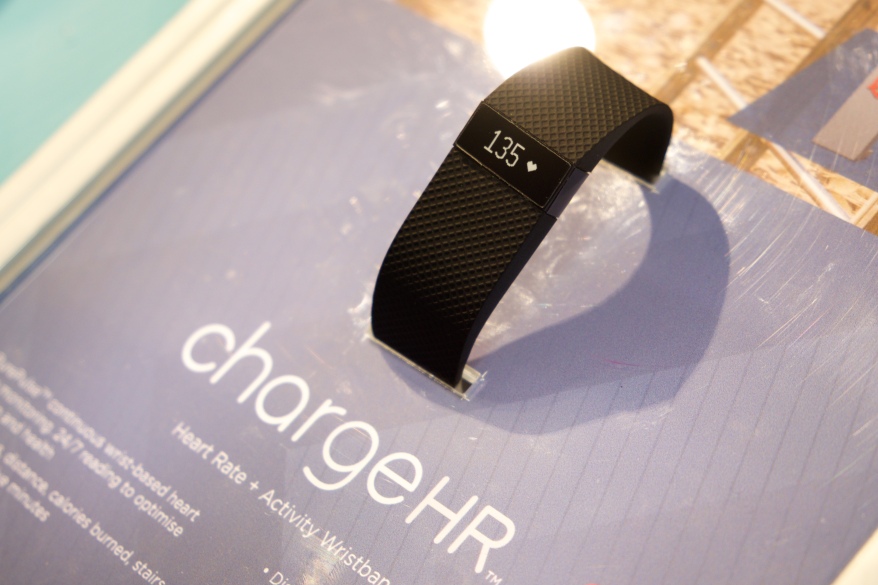 Just this past Christmas my wife bought me something from my wish list. The Fitbit charge (https://www.fitbit.com/ca/charge). I had originally been introduced to the idea of a wearable tracking device by one of my co-workers.

The idea that I could start tracking my exercise, sleep and calorie intake was extremely exciting.

The reason it was on my wish list is because it was reasonably affordable and yet something that I really would use. Most of the time I have a hard time coming up with items for the wish list. I’m a very self-sufficient person, and so I have very few needs for gifts. So something novel and useful like the Fitbit was enticing because it can be a powerful tool for personal improvement and even provide motivation for me to exercise and lose weight.

I have since come to rely on the Fitbit for almost everything related to my overall fitness levels as well as sleep quality and duration.

I found it particularly helpful when being interviewed by a naturopath recently. When asked to talk about my sleep patterns I was able to show graphs of daily, weekly, and even monthly trends.

Another fun feature of the tool is that you can share your progress with other Fitbit friends, setup challenges and send messages to your friends.

The coolest feature so far is the ability to set custom alarms. You can have up to 8 recurring or one-time alarms. When I’m really busy at work the buzz of the Fitbit gives me that quick reminder that it’s lunchtime, or we have to close in 10 minutes. It also reminds me on when to take my supplements and keeps me focused on realizing my goals. The only drawback is that there are only 8 alarms. I wish they had double that amount.

Something I also find hard is that sometimes it won’t sync properly, making me re-sync the bluetooth connections and then restarting the Fitbit app to get it going again. This can be a pain if you want to just quickly check your sleep patterns, which I do regularly.

The other two features I use a lot are the Caller ID and Long Battery Life. When somebody calls me on my cell, I don’t always know that it’s buzzing to be picked up. Now with Caller ID showing up on my Fitbit along with a buzz I don’t forgot to answer incoming calls and I can screen calls without even taking my phone out of my pocket.

The Long Battery Life of the Fitbit is another strong feature. I hate wearing things that you have to keep taking off and plugging in to recharge all the time. But the Fitbit can be charged in as little as a few hours and last over 7 days.

Since everything is done with Bluetooth there’s no need to plug and sync the Fitbit, which is very user friendly. I had mine up and working within minutes of opening the package.

Aside from all the activity data that you can choose to view on the band, you can also customize many parts of it to make it work perfectly for your needs.

Would I recommend you getting one? For sure. Definitely a great gift, and I would have bought it myself if I hadn’t got it from Mary.

Mary paid $149 for the Fitbit Charge, but I’m sure you can get them on sale for less. I would recommend getting the Fitbit HR which includes a heart monitor as well, something you really do need as part of your exercise tracking. It’s even better than Fitbit Charge because the heart monitor is built into the band so next extra gizmos to have to deal with.