Home of the original wood burning oven pizzeria, Lombardo’s is a family-run restaurant with deep roots on Commercial Drive. In such a finicky food town, to be open for business for almost 3o years is a big accomplishment and something the Lombardo family should be proud of. 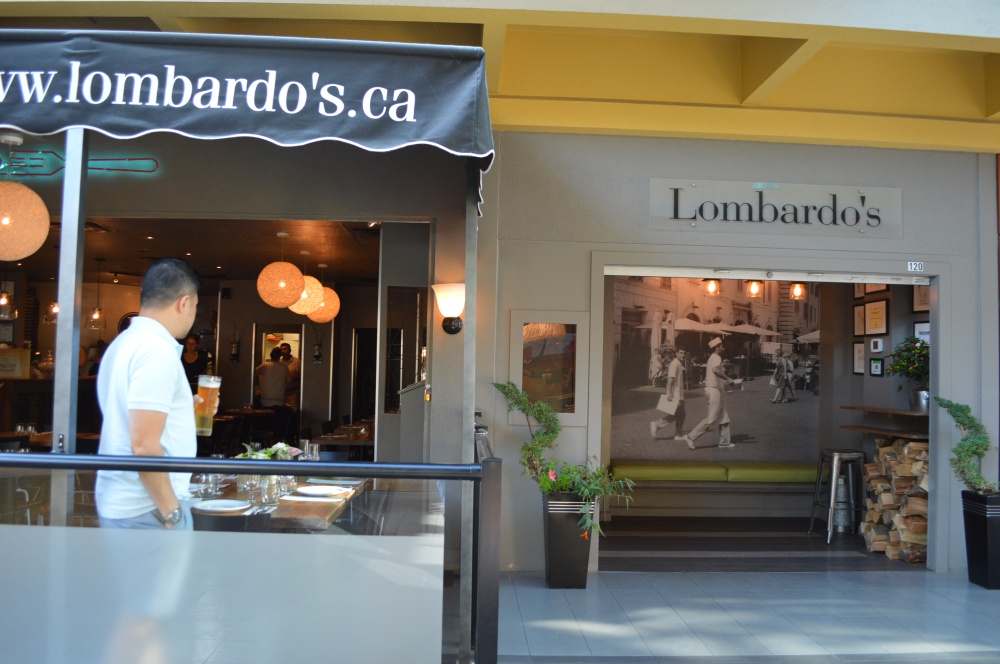 We started our meal with a glass of Killer Cucumber Ale – a fresh and hop-centric beer, paired with some of Lombardo’s Heirloom Tomato Focaccia. Lombardo’s uses fresh Roma tomatoes and  makes all their sauces in house.  The beer and focaccia combination makes for a good appetizer start.

The Focaccia was followed by a couple of Lombardo’s most popular appetizers: The Chef Salad and the Frittura Di Calamari. 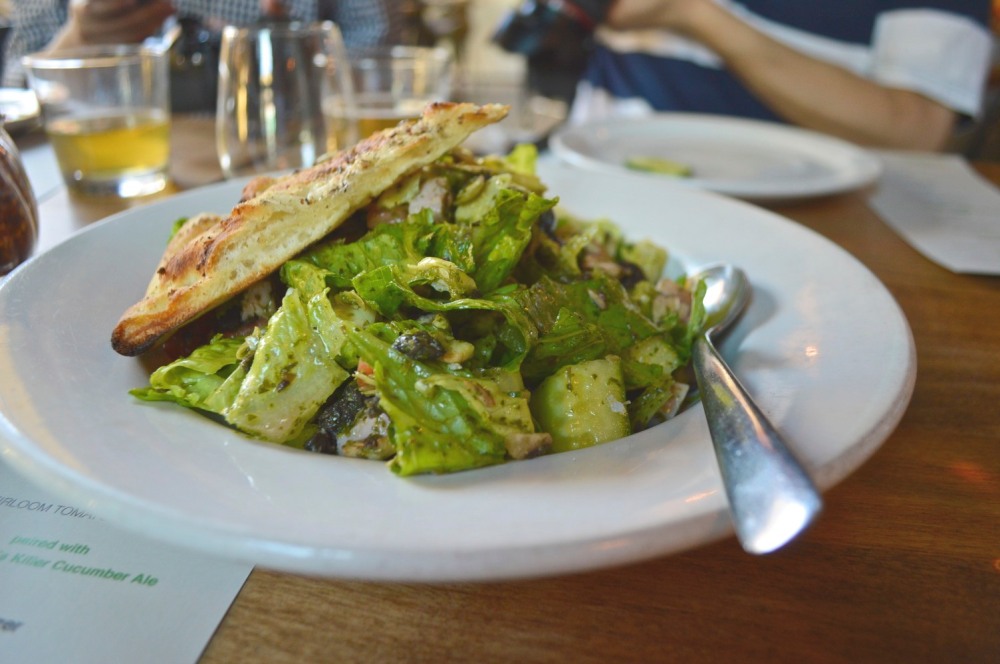 The Chef salad consists of a mix of crisp romaine lettuce, ham, roma tomato, artichokes, ham and black olives with fresh mozzarella and  mushrooms tossed in Lombardo’s own house-made dressing.

The calamari was expectacular. Perfectly seasoned and tender. My dining companions and I were pondering the seasoning mix. How can calamari taste so good? We were shock to learn that the coating was made simply of all-purpose-flour, salt and pepper. Sometimes simplicity is best.  The calamari was paired with homemade Tzatziki sauce.

Moving on to pastas: The spaghetti with Ragu sauce took me back to the flavours of childhood. A grown-up guilty pleasure, the pasta sauce was meaty without being too heavy. It was good enough to sup up with leftover foccacia.

One thing Lombardo’s is famous for is their Pesto Sauce. We got to sample it and I got to say it lives up to the hype. The sauce wasn’t as heavy as some pesto sauces can be, and the pasta was coated with it perfectly. Lombardo’s makes its own pesto sauce and has been doing that for decades.

Moving on to the pizzas – Lombardo’s makes its own dough, sauces and gets its meats and produce from local farmers. Simplicity is the main ingredient here, as everything is made from scratch using old family recipes and techniques.

Old fashioned but not boring – The Salmone Pizza,  for example, is made with wild BC smoked salmon, capers, onions, and topped with garlic onion and fresh dill. The crust is nice and crispy and the toppings are flavourful and fresh. What more could you want from your pizza. 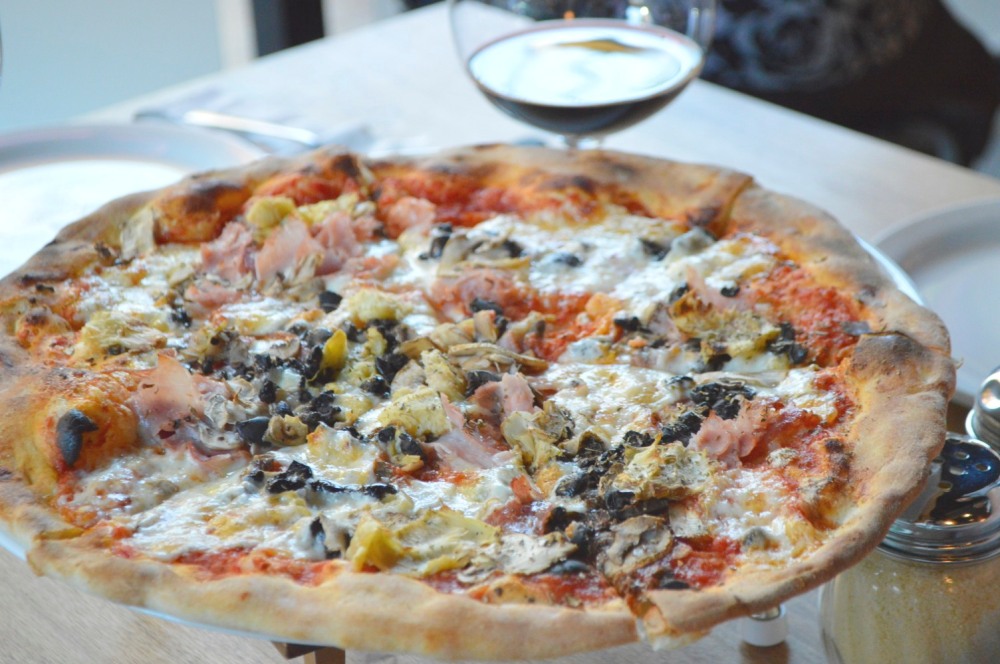 The Capricciosa Pizza, is an Italian classic – topped with salami, ham, artichokes, mushrooms and black olives. This is one savoury pizza you don’t want to miss.

The pizzas come in two sizes: medium and large. The medium is good for one person while the large is good enough for 2-3 to share.

Good, wholesome food, a good family feel and a decent wine list makes this restaurant worth revisiting, or experiencing for the first time. You can find them inside the El Mercato mall on Commercial Drive. Follow them on Twitter: @LombardosPizza

Disclaimer: I was a guest of Lombardo’s Ristorante. My opinions are my own and Lombardo’s did not see this article before posting.