As summer in Vancouver draws to a close, I chose to spend 10 days backpacking around Ireland (including Northern Ireland) on my own, hopping on buses and trains, and staying in hostels all over the island. Throughout my trip, I had the opportunity to visit so many incredible places – here are my top 5 amazing places to visit in Ireland! 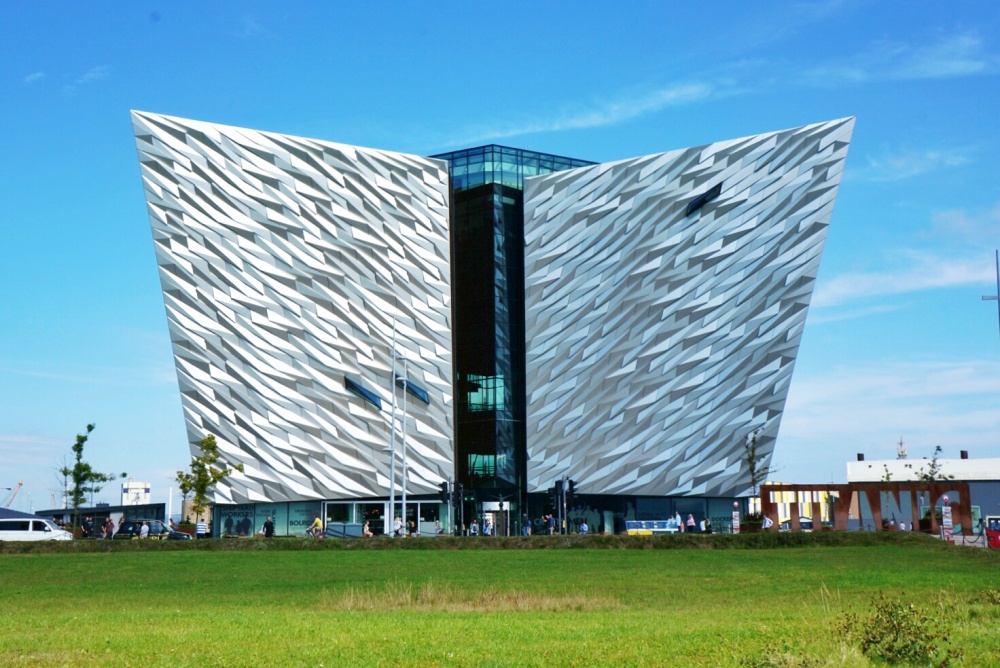 Did you know? RMS Titanic was actually built in Belfast Ireland, as the second of three Olympic-class ocean liners. The tragic sinking of the ship in April 1912 was met with grief, shock, and outrage, but eventually led to many improvements in maritime regulations, some of which still exist today. 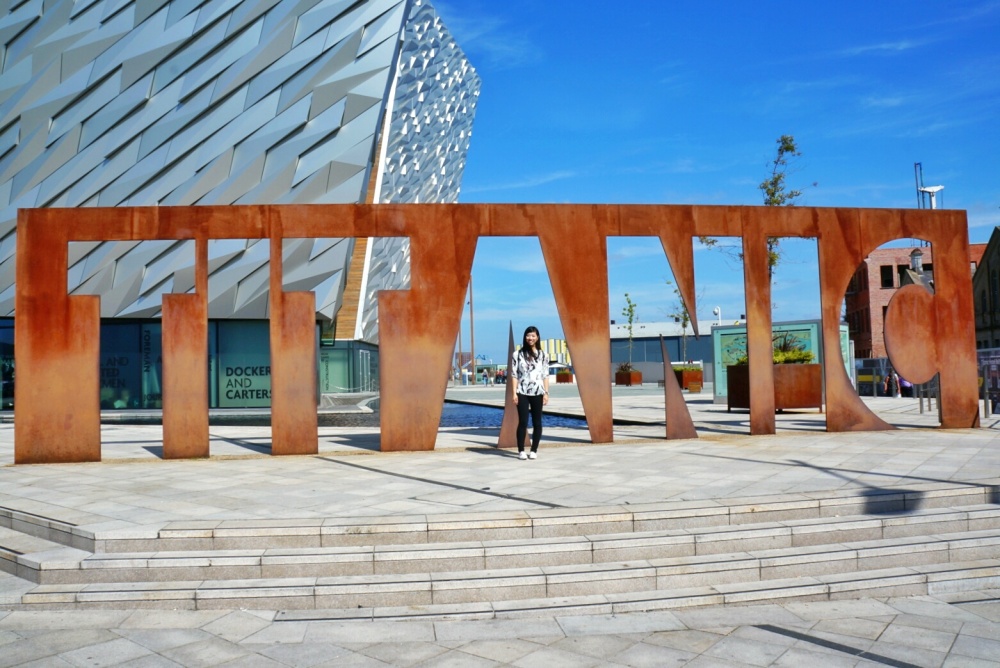 The Titanic Belfast museum is a monument to Belfast’s maritime heritage, guiding visitors on a journey in learning more about the ship’s story, including the laborious building process, detailed interior decor, maiden voyage, underwater footage of the rediscovery, and Titanic’s final legacy. The museum is located on the site of the former Harland and Wolff’s shipyard in Belfast, with a display of the SS Nomadic just outside.

As I was sitting on the Irish Rail watching Ireland’s lush countryside pass by, occasionally, a castle would pop into view. In fact, there are dozens of castles sprinkled all across Ireland – Blarney Castle is one of them. 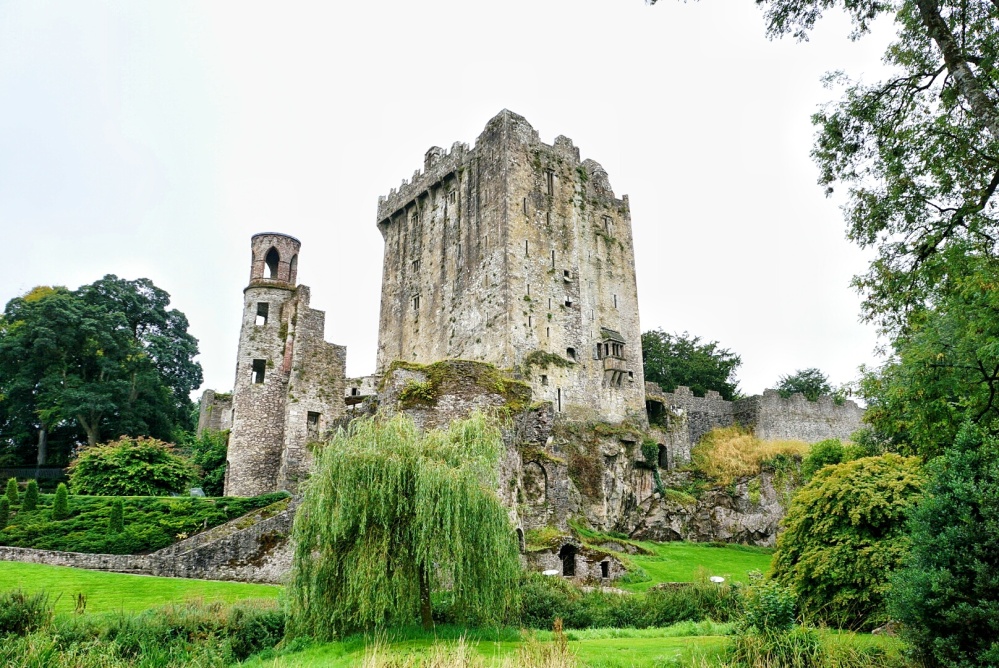 Aside from the famous Blarney Stone, the castle grounds is full of little wonders tucked away in pockets. If you take a walk through the meandering paths, you will find beautiful gardens, waterfalls, secret caves, even an ice house and a poison garden. 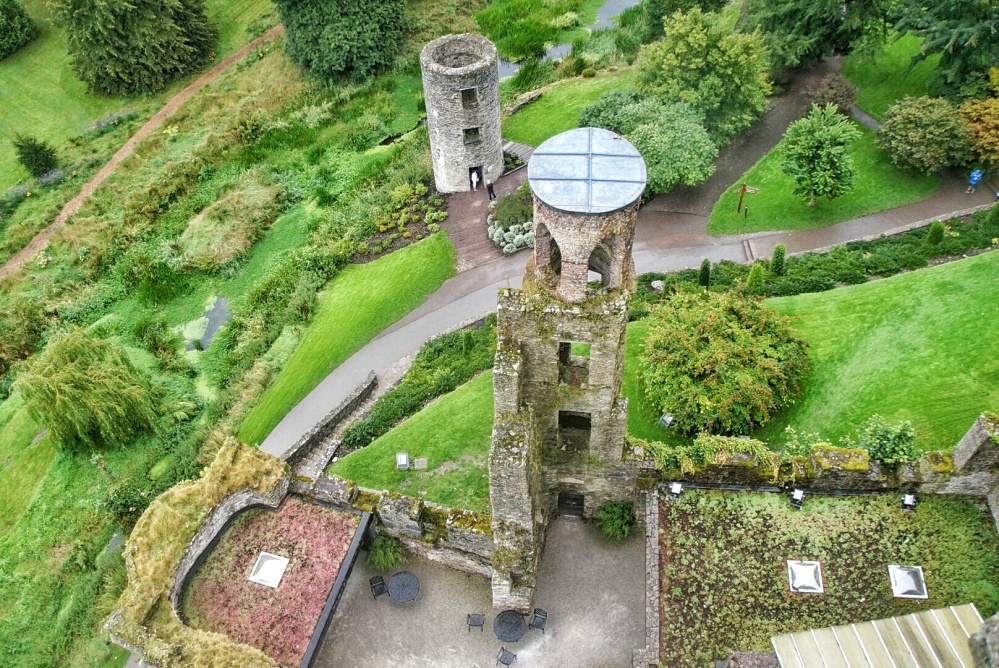 Pretty sure I already had the gift of gab before I planted my lips on that rock though…….

Carrick-a-rede Rope Bridge was originally constructed for fisherman to reach the island and cast/check on their fish nets. Now, tourists challenge themselves to cross the the rope bridge simply just because of the exhilaration or satisfaction.

To get to the rope bridge, however, there is a long footpath through the lush green countryside that follows along the coastline, giving you an absolutely stunning view of the cliffs. 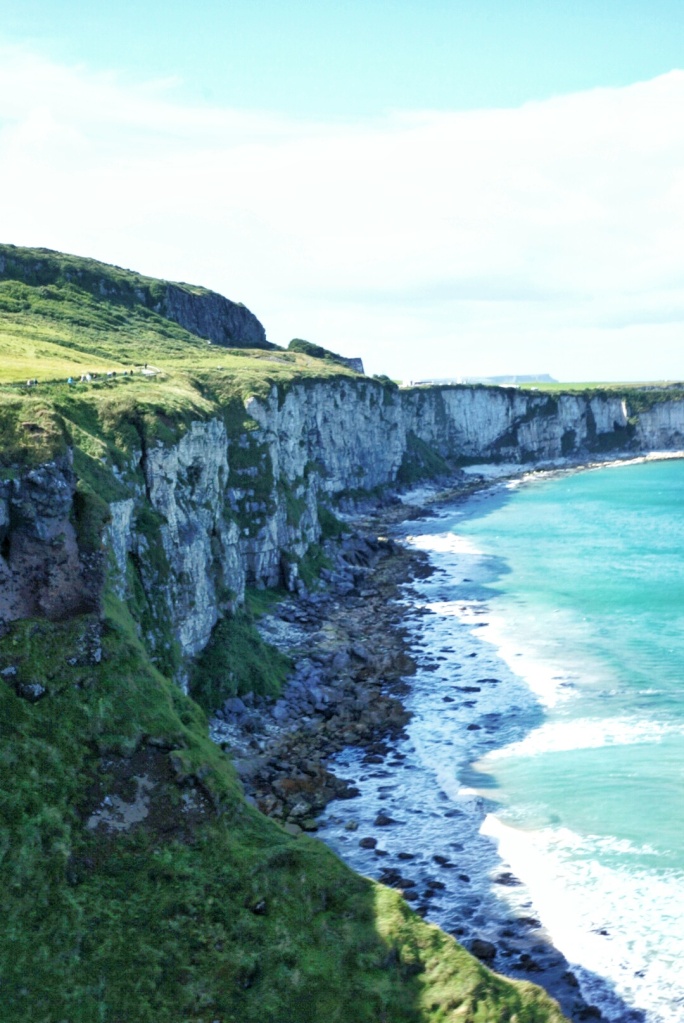 The Giant’s Causeway is Northern Ireland’s only UNESCO World Heritage Site, made up of over 40,000 interlocking basalt columns, formed from an ancient volcanic eruption. 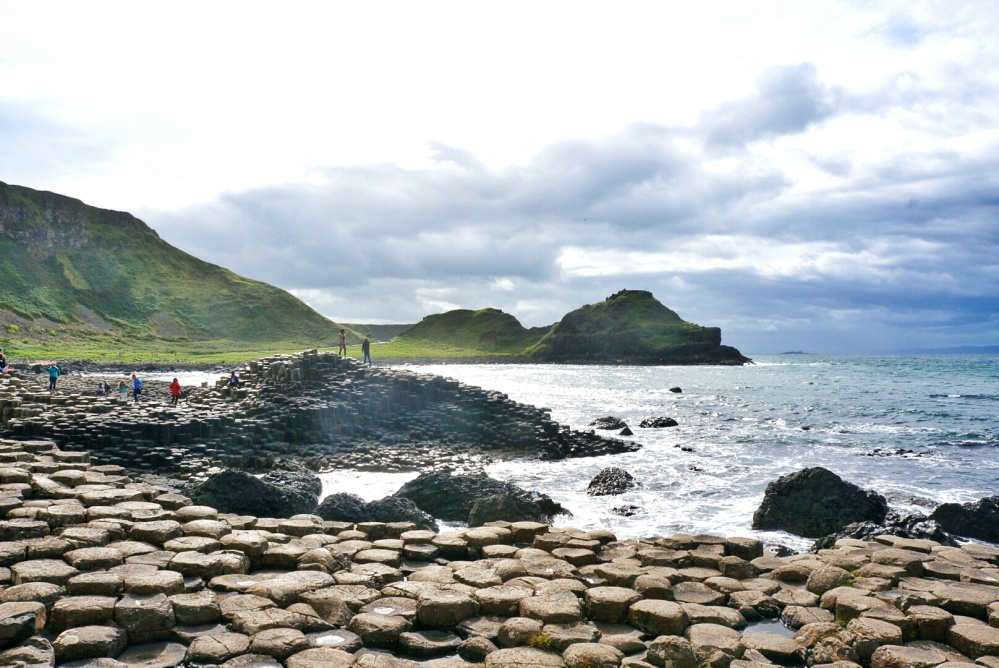 Legend says that two giants, Fionn mac Cumhaill (Finn MacCool) from Ireland and Benandonner from Scotland, built the bridge between the two countries so they could battle each other. This story is likely inspired by the existence of identical basalt columns on the other side of the ocean at Fingal’s Cave on the Scottish isle of Staffa. 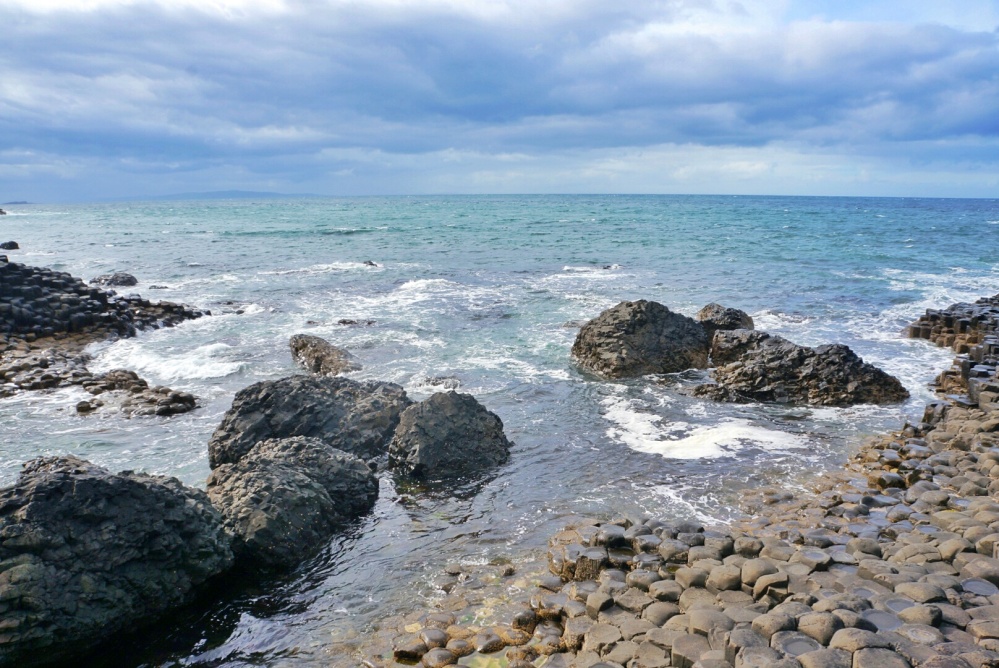 Number one of my list is the incredible Cliffs of Moher, a natural wonder with history that stretches back thousands of years. You might recognize this spot from a film you’ve seen before, notably the 1973 classic film The Princess Bride, JK Rowling’s Harry Potter and the Half-Blood Prince, or the romantic comedy Leap Year. 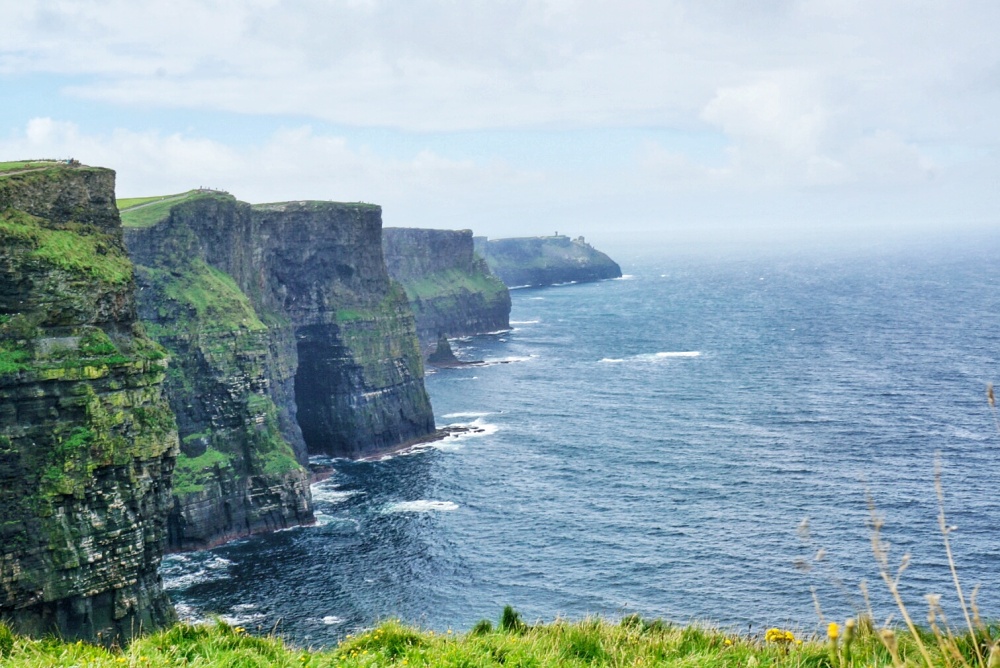 Sure, it’s a giant tourist attraction complete with an overpriced visitor centre, but with good reason! Standing atop O’Brien’s Tower, seeing the rough, jagged cliffs, and the white waves crashing against them – I was absolutely floored. 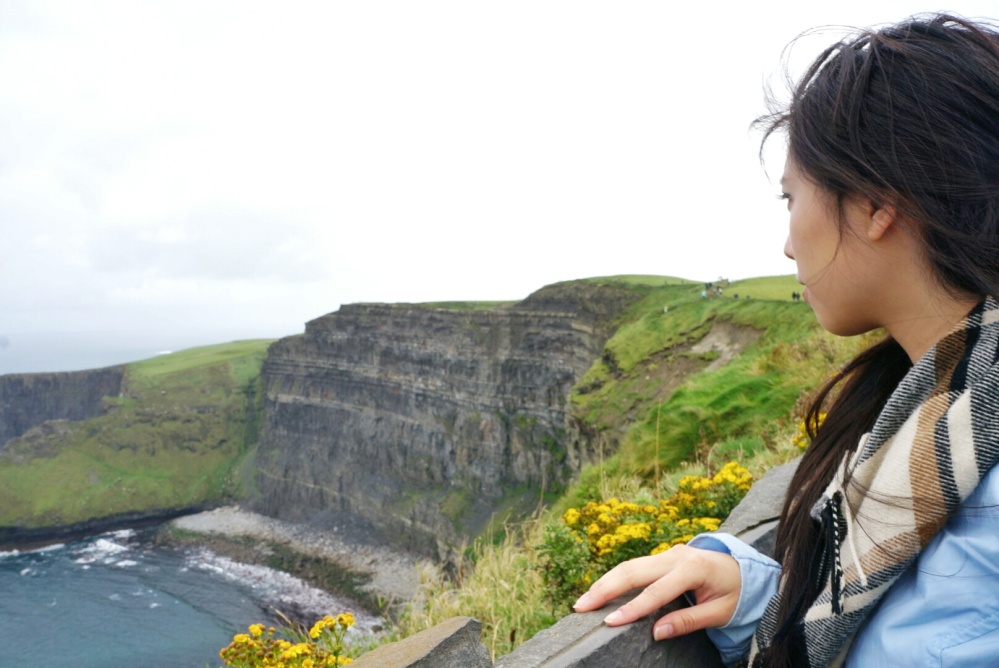