Upon entering Elk Island National Park, you can drive to see the bison loop, an open plains area where you may get a glimpse of a herd. On the day we went, there weren’t any sightings so we continued along the way to check out one of several lakes within the park.

Drive slow and keep your eyes peeled as you drive along the roads winding into the national park. Bison and elk tend to roam wild and may cross at any given moment. On this day, we encountered a lone bison grazing at the side of the road. As the bison are still considered in the wild, it’s best to keep its distance, as they can get aggressive at times.

Astotin Lake is one of several lakes within the park, one of the largest and has the most amenities. Sandy Beach is situated at Astotin Lake and allows visitors to play in the sand, dip in the water, make friends with some of the local geese, picnic, and rent canoes/kayaks to take onto the lake. There’s a large children’s playground, an interpretive learning centre and theatre where they host weekend activities for families, and several picnic areas with pits for BBQs. We took a short 3.5km hike around the lake where we could view entire lake, the birds and ducks swimming around, and enjoy the tranquil serene setting outside of the city. 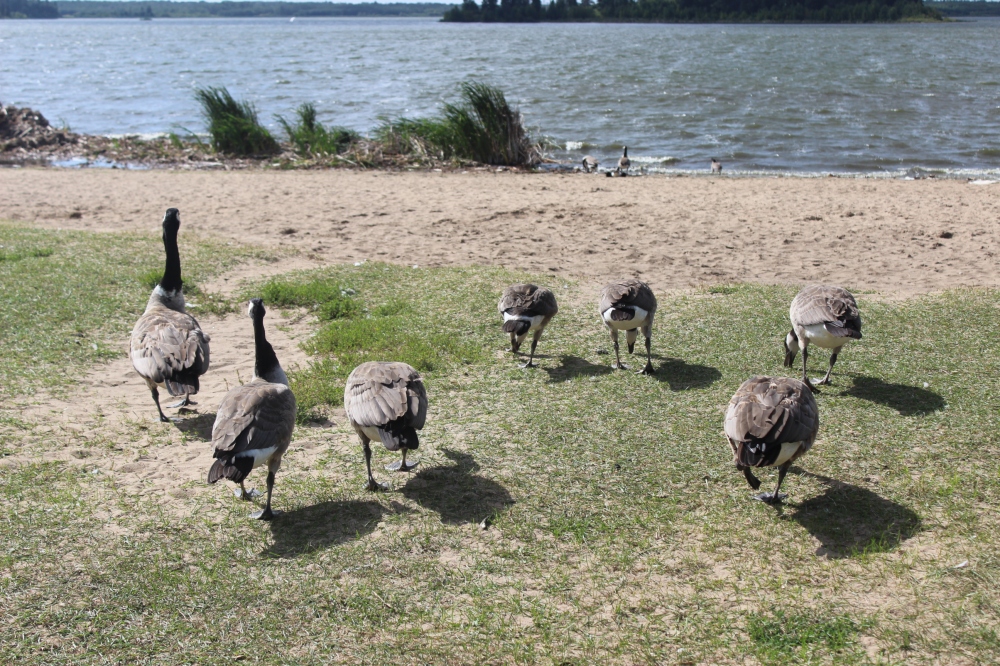 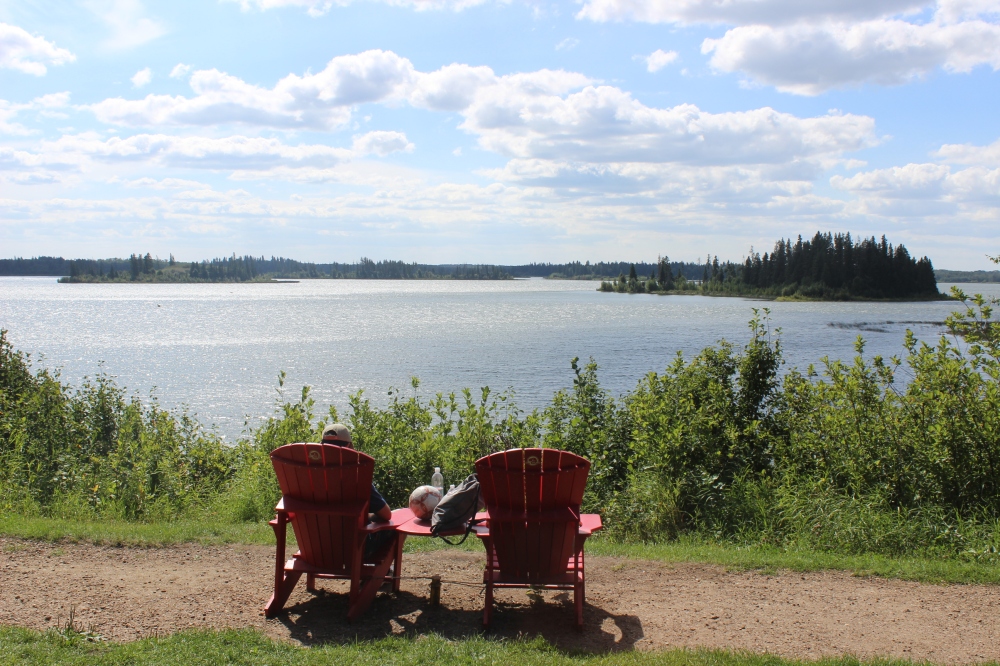 Elk Island National Park is also home to campgrounds for those visiting outside of the city and want a short overnight stay outside of Edmonton. The park is also a great day trip away from Edmonton, about 45 minutes to 1 hour drive depending on which part of Edmonton you are coming from. I would highly recommend one of its longer off-road trail hikes if you want to see the herds of bison, best in late July to early August. Elk Island National Park is open year round and offers free admission for the rest of 2017, although worth a visit even if paying in 2018.