Comox Valley once again is the host to the annual BC Seafood Festival June 7-16, 2019. In its 13th year, the BC Seafood Festival is Western Canada’s largest seafood festival. This delicious seafood event welcomes some of the best chefs in BC, showcasing and educating participants on buying and consuming BC’s sustainable seafood.

I had the opportunity to meet some of the participating chefs at last week’s BC Seafood Festival VIP & Media Launch party, hosted by Pacific Yacht Charters in Coal Harbour on a beautiful spring Vancouver afternoon. Chef producer, Nathan Fong, from Fong on Food, was on hand to chat and welcome all media and VIP guests. With half a dozen chef stations and wine and liquor available from Comox Valley and Vancouver chefs, I was able to sample some of the offers that will be available at the BC Seafood Festival this year.

Upon arrival I found my way to 40 Knots Vineyard’s table. Located in the Comox Valley and serving up a variety of whites and reds, I selected their award-winning Pinot Gris – light, crisp, and fruity. I really enjoyed pairing their Pinot Gris with the featured seafood stations. 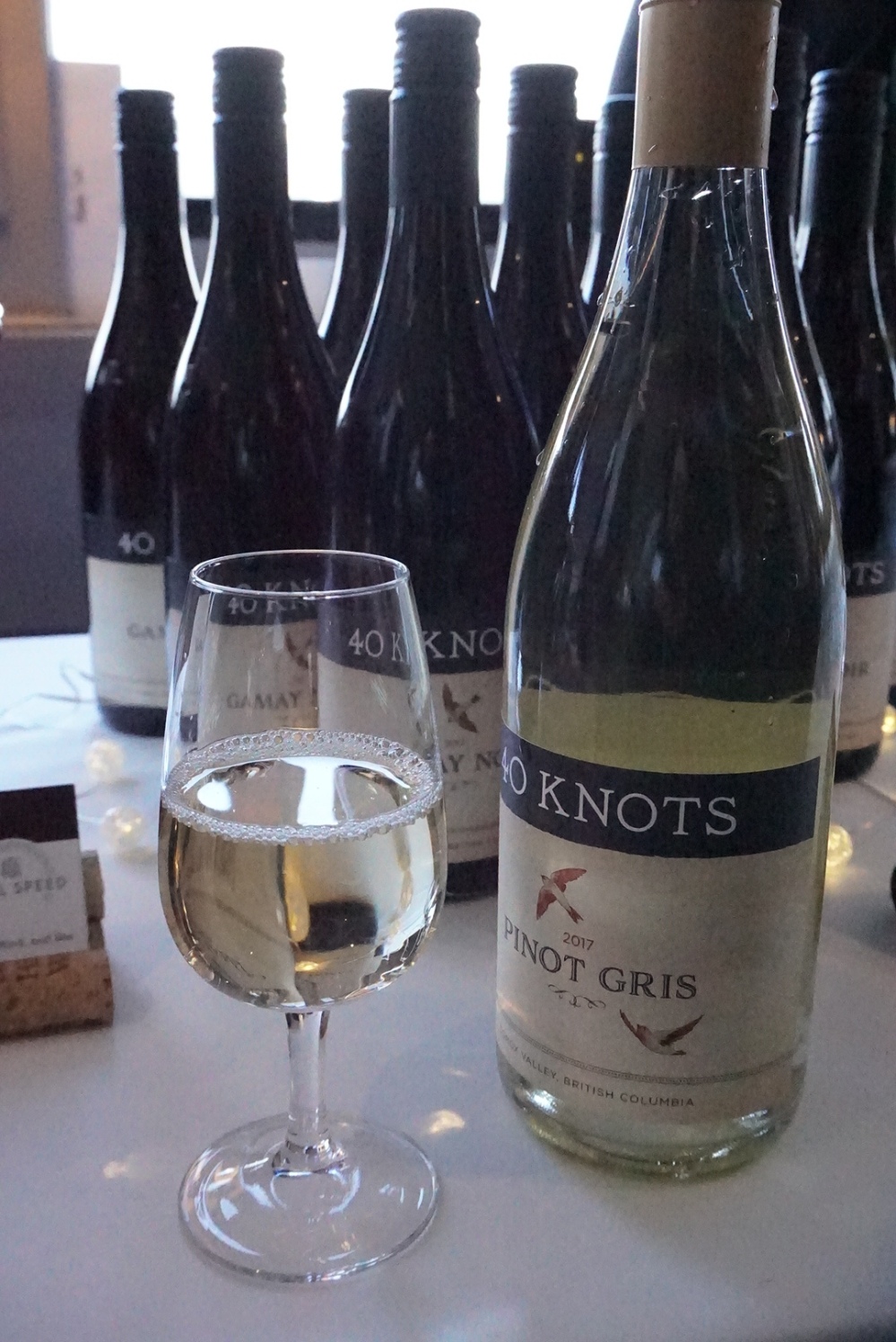 Chef Ricardo Valverde from Ancora Waterfront Restaurant served up Ceviche Shots – light and refreshing with a lot of seafood in one cup – fresh shrimp, squid, scallops, and more!

Fresh oysters were being shucked by Gordy McLellan from Mac’s Oysters – these Fanny Bay oysters were fresh, juicy, and paired well with a shot of gin on the shell after! 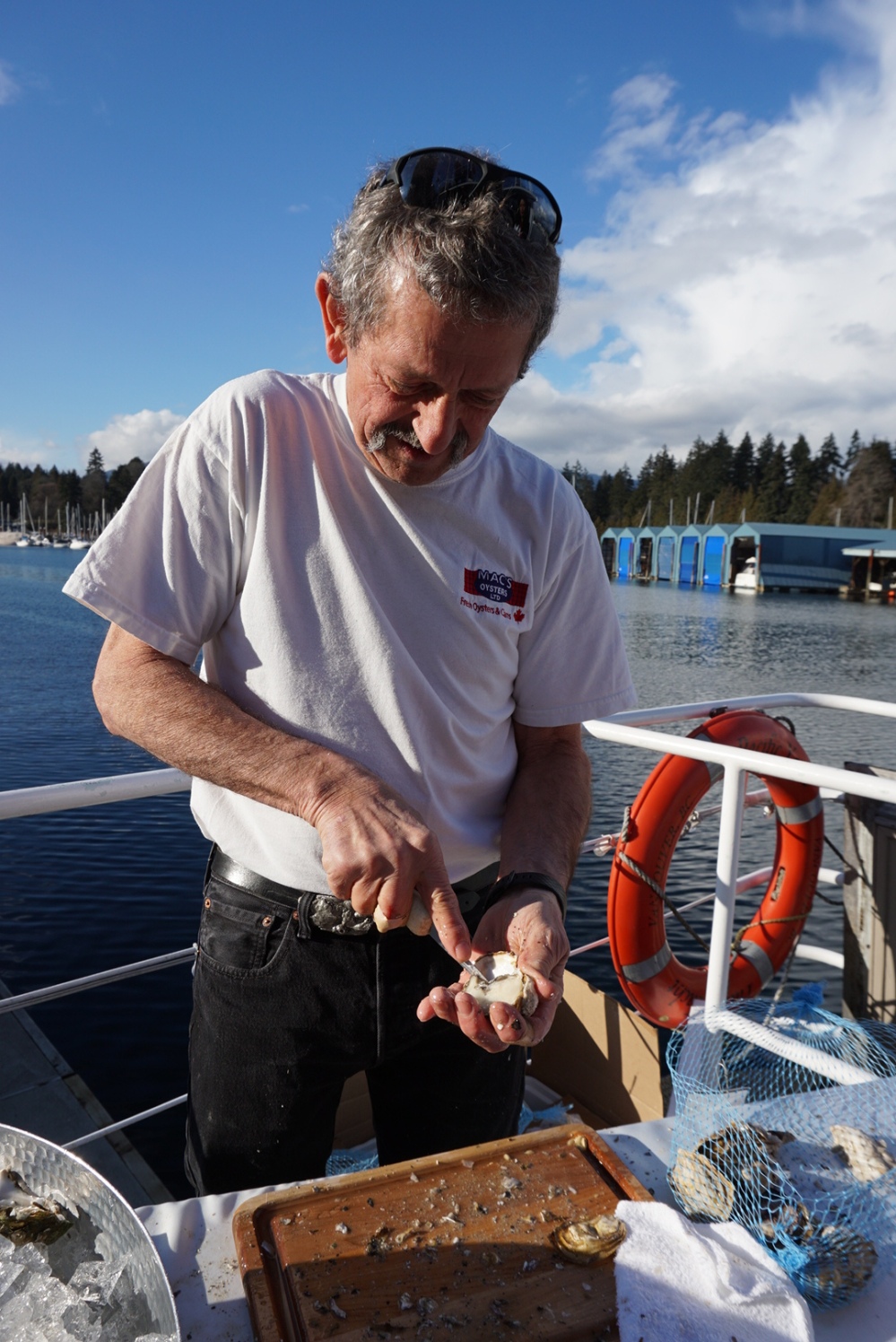 From Blackfin Pub, Chef Nigel McMeans’ crusted pan-seared albacore tuna and salmon poke tasting plate hit all the right flavours –  it was savoury (salt & pepper), spicy (sirarcha mayo), and sour (citrus lime). It was beautifully plated and freshly made for each visitor to their station.

Chef Ronald St. Pierre from Locals Restaurant served up cucumber wrapped smoked sablefish with kelp and caviar cream served on a wheat blini – a mouth watering appetizer which welcomed guests when they first arrived onboard. 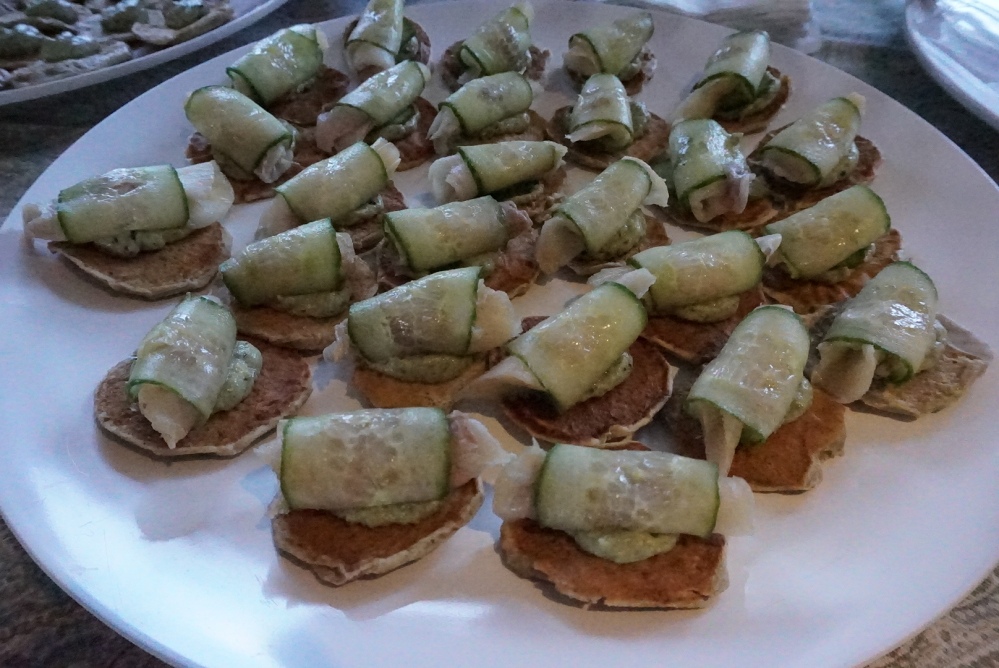 This was just a sample of what’s to come for this year’s BC Seafood Festival! Some popular and signature events sure to be a sell-out during the festival in Comox Valley include:

With a Kids Interactive Zone designed to show kids how to eat seafood and why it’s good for you, a Gala Dinner, as well as daily events featuring over 20 local and national chefs, the BC Seafood Festival has something for everyone who love seafood! For a list of all the chefs participating, as well as events and how to purchase tickets, visit bcseafoodfestival.com.