Our first stop was at Floata Chinese Seafood Restaurant, Canada’s largest Chinese restaurant with over 1,000 seats. On the menu was BBQ Pork Bun, Vegetable Spring Roll, Sesame Ball, and Soya Sauce Chow Mein. I have previously been to Floata, so I am happy to report the quality of food is not only great, but consistent.

Le Tigre was cooking up a storm on Main Street, featuring innovative concepts of authentic Asian dining in a refreshing contemporary West Coast setting. This is their “Kickass rice with freaken chicken”, a healthy portion with a really soft gooey egg that explodes into golden goodness to smother your rice with. Beware – this was definitely kick your ass (in a good way) if you’re not usually a spicy eater!

After running the Le Tigre food truck for three years, co-owners and chefs Clement Chan and Steve Kuan opened up the new, modern Asian eatery Torafuku. Thanks to Tasting Plates, we had the chance to try both Le Tigre and Torafuku in the same night. We tasted “Rye so messy chicken wings”, “This is not tortillini”, and “Negitoro on Toast”. I’d love to revisit Torafuku to taste their regular menu items, all with equally creative names. 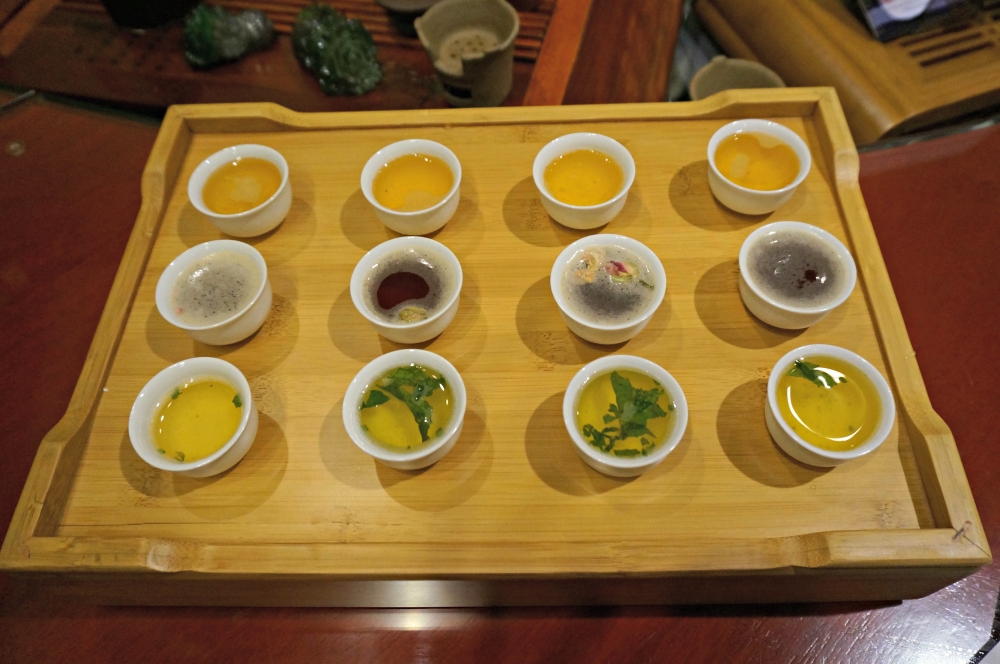 I’ll have to admit – when I first learned Treasure Green Tea Company was on the list for Tasting Plates, I was skeptical. I love tea, but was it worth a spot on the roster? It only took 10 minutes inside the beautiful store with Olivia, their second generation tea master, for me to change my mind. The Treasure Green Tea Company offered a flight of premium organic iced teas: White Mojito, Lavender Pu-Erh, and Oolong with Orange. They were so flavourful and refreshing that I wanted to take a whole bottle home of each to enjoy on a hot summer day! The White Mojito was definitely my cup of tea. 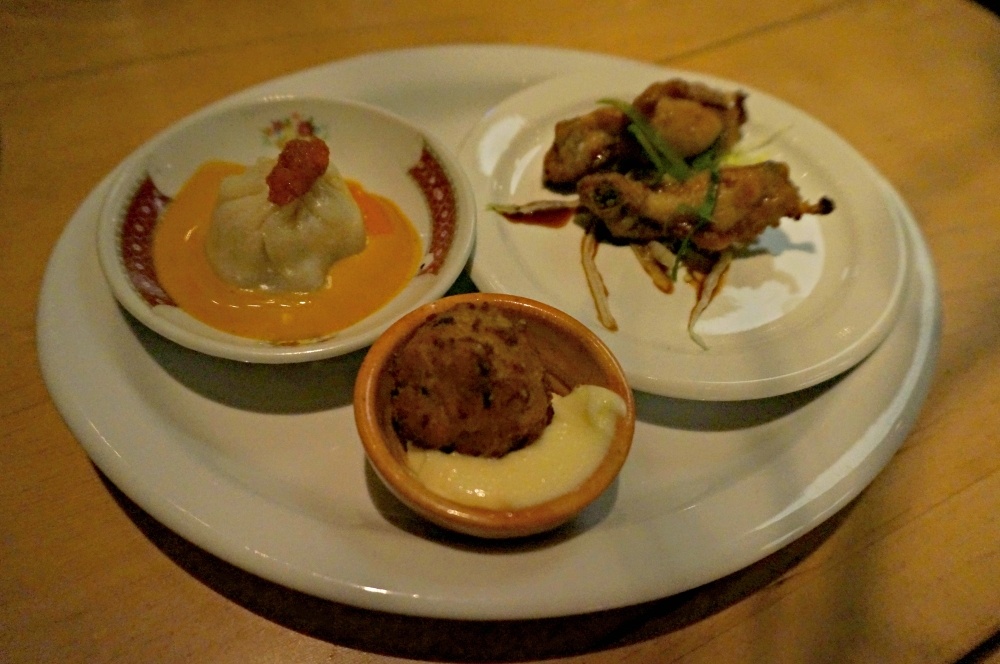 Sai Woo was quiet when we arrived, which was quite perfect for us. The ambiance inside was lovely, dim but gently lit up by giant glowing buttons hanging from the ceiling – you’ll know what I mean when you see them! We tasted a Pork Dumpling with a fior di Latte curry broth, Salt Cod Fritter with preserve citrus aioli, and Crispy Drummettes with peppercorn glaze. The Salt Cod Fritter was a tad too salty for me, but I’d love to come back for more of those juicy pork dumplings.

Our last stop of the night – Propaganda Coffee on East Pender. This coffee shop has a large, beautiful, open space, featuring filter coffees and espressos from Elysian and Timbertrain Coffee Roasters. We opted for a Cold brew coffee and a cold brew oolong – both refreshing to the palate after a night of Tasting Plates.

All in all, it was a fantastic night in Chinatown. If you’re interested in joining the next tasting extravaganza, early bird tickets are now available for Downtown South on Eventbrite here.